50 Cent Launches a New Collection of Underwear With FRIDGE 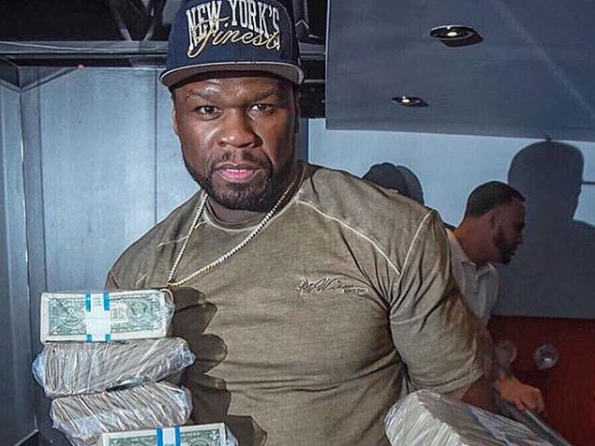 WARNING: it Is not cheap.

50 Cent has unveiled his new underwear line with FRIGO.

The limited edition collection, called FRIDGE of the Crown, is composed of two parts: a $150 t-shirt and a $150 boxer brief.

"For a man, everything that comes three in a package," 50 Cent explained while talking to People. "Nobody is saying, 'let me figure out how to evolve underwear for men.'"

Fif played a very important role in the design of the collection of the lion logo, also.

"It makes a statement," he says. "So we went through several different designs until I was like, 'This is what it looks better.'"

For those who are looking to buy boxer brief, Fif' offers some advice: "Wear them when you know of some action that is going to take place. I hope that putting them in and removing them a little from then!"

50 Cent signed a report of $78 million partnership with FRIGO at the end of 2014. In addition to Fif', the Swedish underwear company has worked with the likes of Carmelo Anthony, Timbaland, and Derek Jeter, despite the fact that it has already terminated their relationship with the organization.