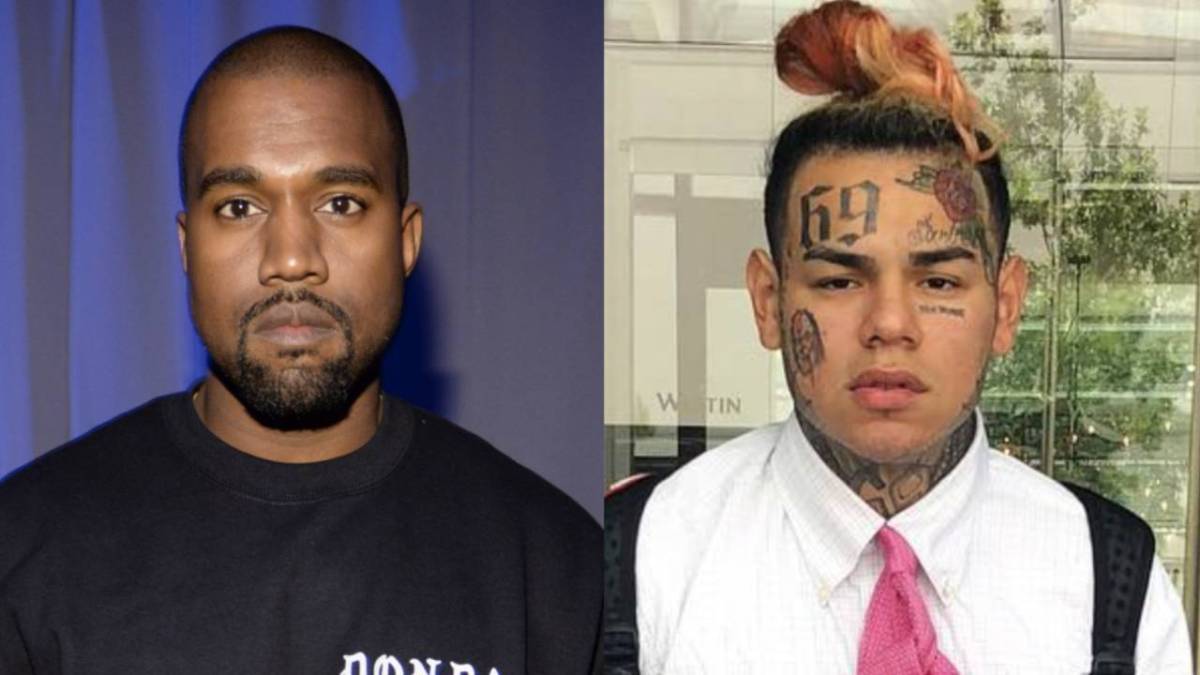 The Brooklyn rapper called Ye a wolf for being fearless with his controversial antics.

6ix9ine is the latest person to speak on Kanye West‘s recent controversial antics, and he’s standing alongside the rapper for freely speaking his mind.

The Brooklyn rapper appeared on an episode of fellow controversial figure Andrew Tate‘s Tate Speech podcast, where he shared his support for Ye. Right off the bat, 6ix9ine claimed “people don’t just normalize freedom of speech,” and how they “don’t normalize being real.”

According to 6ix9ine, that’s where people go wrong in criticizing others for speaking their mind, especially regarding Kanye West. 6ix9ine wasted no time praising Ye for his fearlessness in standing up against big businesses and high-level figures.

6ix9ine’s comments come after a long line of entities have severed ties with Kanye West as a result of his recent controversial anti-Semitic remarks, including Balenciaga, Vogue, CAA, Def Jam, Gap and more.

Adidas decided to terminate its contract with the “Can’t Tell Me Nothing” artist earlier this week as well due to his recent anti-Semitic rhetoric. The move decimated Kanye’s net worth from a reported $2 billion to about $400 million, per Forbes.