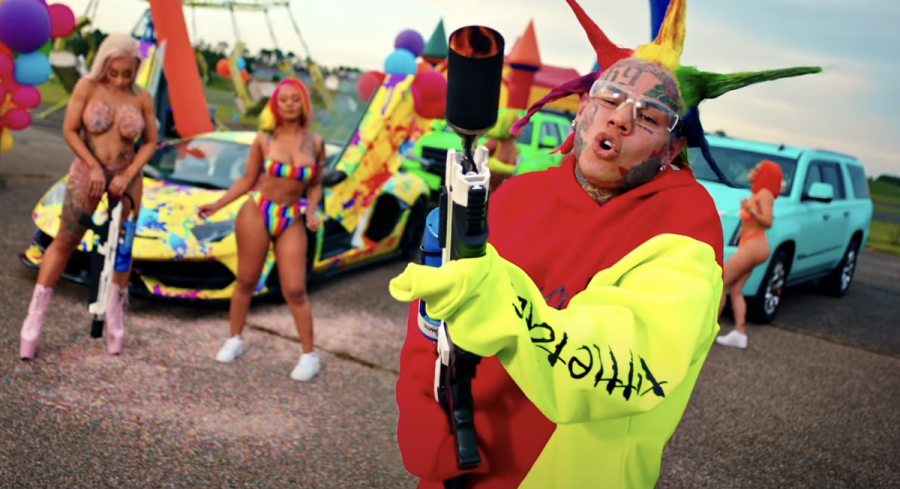 The latest visual off Tekashi's 'TattleTales' album features an appearance from Blac Chyna.

6ix9ine‘s first post-prison release album arrived on Friday (September 4). Along with TattleTales, Tekashi dropped off another colorful visual from the effort for “TUTU,” which also stars Blac Chyna rocking nothing but a coverup made of rainbow sprinkles.

The Brooklyn rapper prances around his own amusement park filled with rides, plenty of sports cars, and a phalanx of twerking women. Tekashi continues to embrace his snitching ways, as he dons a red hoodie emblazoned with, “Big Mouth.” He even messes around shooting off a flamethrower gun with Chyna..centered-ad {

6ix9ine is reportedly on the hook for a Spanish album in addition to his TattleTales LP as part of his new contract with 10K Projects, so don’t expect the “GOOBA” artist to go anywhere. The rest of the 13-track album features guest appearances from Nicki Minaj, Smilez, Leftside, Lik AK, and Akon.

The 24-year-old made headlines on Wednesday (September 2) in a new interview with The New York Times, where he claimed there’s “no difference” between himself and Tupac Shakur.