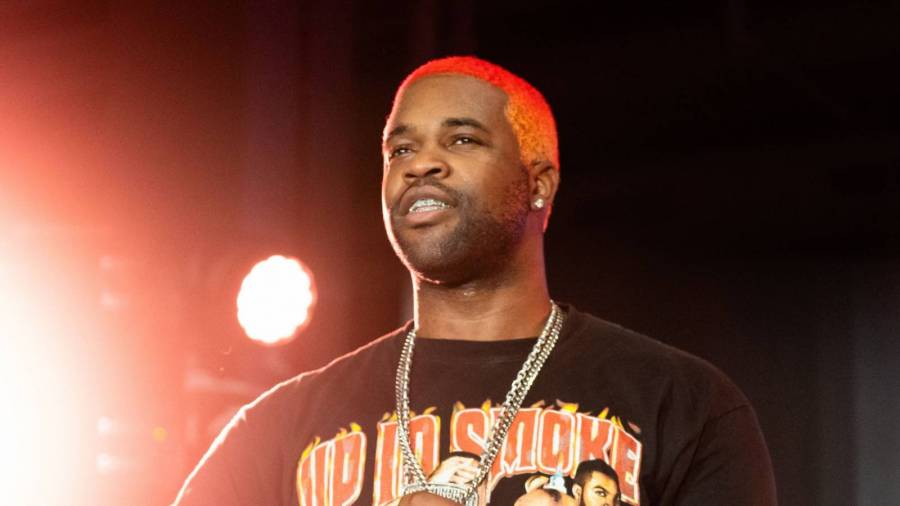 A$AP Ferg has announced his next album Floor Seats II will arrive on September 25 via A$AP Worldwide/Polo Grounds Music/RCA Records. In anticipation of the project, he’s asked colorful Chicago Bulls star Dennis Rodman to help out with album promo.

In the clip, posted to Instagram on Thursday (September 17), Rodman and a blue-haired Ferg are posted up in what looks like a tour bus as the NBA legend proclaims he’s “sexier than [Michael] Jordan.”.centered-ad {

Ferg also rattles off several of the artists expected to appear on the album, including rocker Marilyn Manson, Lil Wayne, Nicki Minaj, Tyga and Mulatto, among others.

It’s the beginning of the ending for y’all! Floor Seats II 9/25 🏀 @dennisrodman

Floor Seats II features additional contributions from Jay Gwuapo and MadeinTYO, the latter who appears alongside Nicki on “Move Ya Hips.” The single debuted at No. 1 on Billboard’s R&B/Hip-Hop Digital Sales Chart, hit the Top 20 on Billboard’s Hot 100 chart and has already amassed over 31 million streams worldwide and counting.

The song also stirred up some controversy with the Barbz. Nicki’s rabid fanbase accused Ferg of failing to properly push the single and thus costing Nicki another No. 1 song on the Hot 100. Th