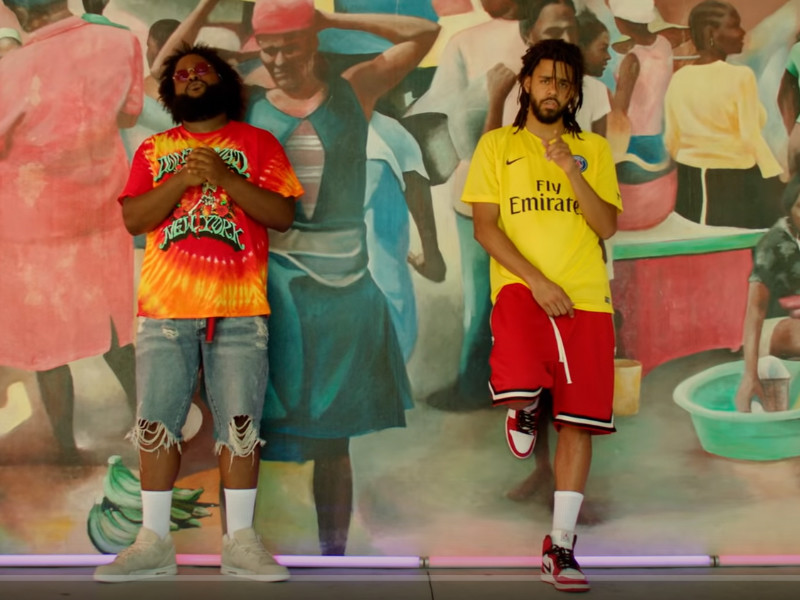 Miami, FL – After the first of the taunts of the Child Major-produced J. Cole collaboration "Tribe" during their set on the 2018 Woo Haa! Festival in the Netherlands earlier this year, Dreamville's Bas finally dropped the song and video — this morning (August 22).

Filmed on location in Miami's Little Haiti, a vibrant cultural centre particularly characterized by its colorful murals, Bas and Cole are seen performing live with musicians in the street, and in front of numerous murals by the famous artist Serge Toussaint — a painter whose work has been synonymous with the neighborhood for decades.

Come n visit us the majority of the most difficult n most people more in the face of this earth,everyone is welcome

"Tribe" is the third video of the Milky way, it will come to streaming services on August 24. He dropped a visual for his first song in two years, "Pinball II," new in June, and a$AP Ferg collaboration "Boca Raton" just last week.

Bas is set to celebrate the release of the album with a pop-up shop in New York city on Saturday, August 25.

FIENDSHOP Saturday. I had to go back to the city and to celebrate the new album. Location to come tomorrow. https://t.co/VwJ8nrs5lg