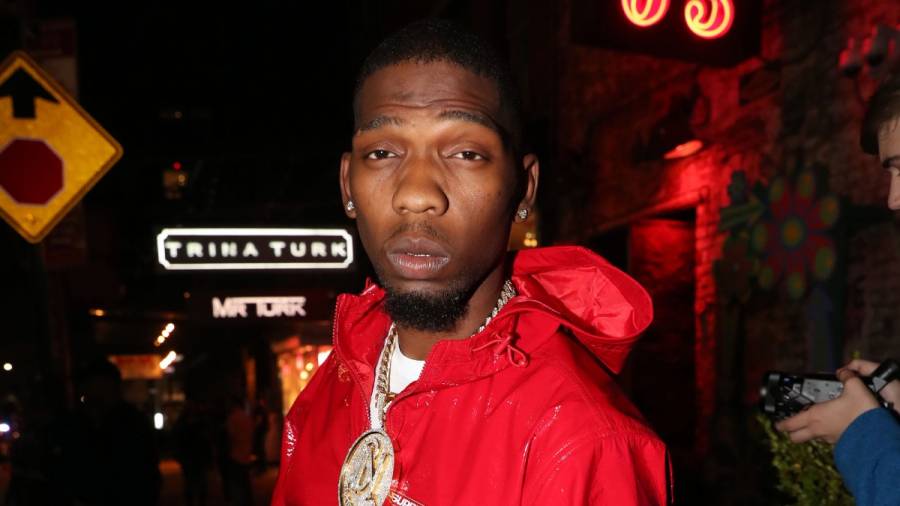 The 'Look Alive' collaborator isn't a fan of 6ix9ine and his snitching.

Blocboy JB made his anti-Tekashi 6ix9ine thoughts clear when the colorful-haired artist was released from prison back in April. Things haven’t changed.

In a post shared to his Instagram Story on Wednesday (September 16), the “Look Alive” rapper giggled in delight as his boy ran up on a billboard advertising 6ix9ine’s new album TattleTales with the intent to tear it down. He wasn’t exactly successful in his mission, but he did manage to mess up a corner..centered-ad {

In his April tweet about 6ix9ine, JB denounced his rival and referenced the “snitching” 6ix9ine did when he testified against his Nine Trey affiliates on trial.

“6ix9ine Can Change His Name To 9ine 6ix He Still Snitched,” he tweeted.

6ix9ine Can Change His Name To 9ine 6ix He Still Snitched

While 6ix9ine didn’t reply at the time, now may be a different story. With even late rappers like Juice Wrld and Pop Smoke outselling 6ix9ine’s new album with their older w