Chance The Rapper From The Horror Film "Slice" Reaches 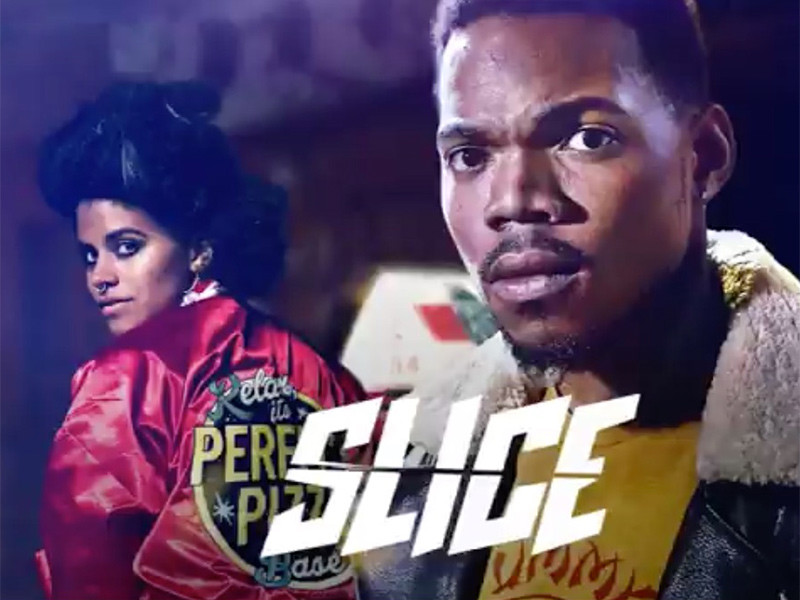 Chance The Rapper can now be seen on a screen near you.

Slice, a new horror movie that features the Chicago native, came out on Monday (September 10). Directed by Austin Vesely (who also directed Chance video for "Sunday Candy," and "los Angeles"), the film was initially announced almost two years ago and now is finally available to view on iTunes and other platforms.

"I think that I am handsome. And very muscular." @ChancetheRapper stars as the Dax Lycander in #SLICE Soon.

Slice features the Possibility of the Rapper, from Atlanta Zazie Beetz, Paul Scheer, Rae Gray, Hannibal Buress, and Joe Keery (aka Steve, Strange Things). The film revolves around the investigation of a string of pizza delivery boy murders.

Chance plays a werewolf named Dax Lycander teams with Beetz of the character to try and solve the murders.

The cast did a live Q&a on Monday (September 10) in Chicago, talking about the film and to answer some questions from the fans.

Watch the trailer of the Slice below and rent or purchase the movie here.