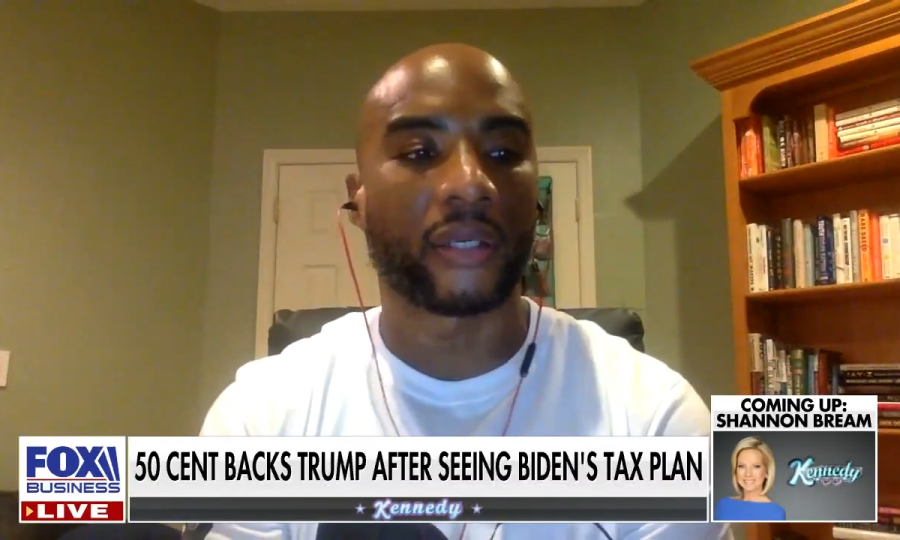 'The Breakfast Club' host reacts to the G-Unit rapper's concern over taxes.

Charlamagne Tha God addressed 50 Cent’s support of Donald Trump during an appearance on the Fox Business show Kennedy. The Breakfast Club host explained why he couldn’t be like 50 and only care about how the presidential election would affect his taxes.

“Unlike 50 Cent, I can’t pick racism and bigotry and fascism,” Charlamagne said. “I can’t choose that over my finances. My finances might just have to take a hit. We gotta get that fascism out of the White House.”.centered-ad {

Although Charlamagne called out 50 for solely being focused on one issue, he understood why the G-Unit artist was shocked by Joe Biden’s tax plan.

“I’m not mad at 50, honestly,” he admitted. “50 just said out loud what a lot of people were thinking. When I saw that, I thought that. I didn’t think I would vote for Trump, but I was like, Jesus Christ, I live in New Jersey and work in New York. I’m getting hit in both states.”

50 Cent Doubles Down On Donald Trump Endorsement: 'I Don't Want To Be 20 Cent'

Earlier this week, 50 encouraged people to vote for Trump after learning his tax rate would increase under Biden’s plan. Biden has said it will