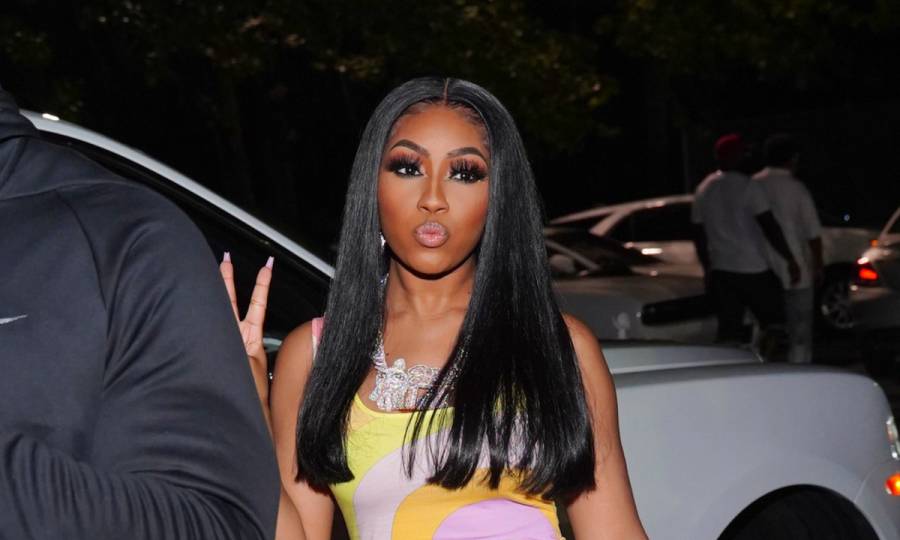 Social media users were suggesting she was the target of a line from Sada Baby's "Whole Lotta Choppas (Remix)" featuring Nicki.

Yung Miami boasted about her lavish lifestyle in a series of Twitter posts on Tuesday (October 20). The City Girls member ranted about her riches after social media users suggested she was the target of Nicki Minaj’s “bitches stuntin’ in them hand-me-down bags” line from Sada Baby’s “Whole Lotta Choppas (Remix).”

“Baby daddy stay putting me on jets taking me shopping spending whatever on me it’s never a limit ion do consignment or used items!” Miami tweeted. “Y’all must’ve got me confused with the next bitch!”.centered-ad {

She continued, “Never ever wtf I look like if it ain’t new I don’t want it and that’s down to my cars! I have a g wagon & a Bentley every Chanel bag bitch don’t ever play with me I buy cars for my sisters and brothers big house wtf I look like buying something off a bitch!”

Miami’s wrath was apparently aimed at an Atlanta-based artist named Charlie Xile, who insulted her via Instagram.

“I wanna violate this bitch boy so bad but imma chill cause y’all can bully but when I bully back y’all be crying,” Miami wrote via Twitter.