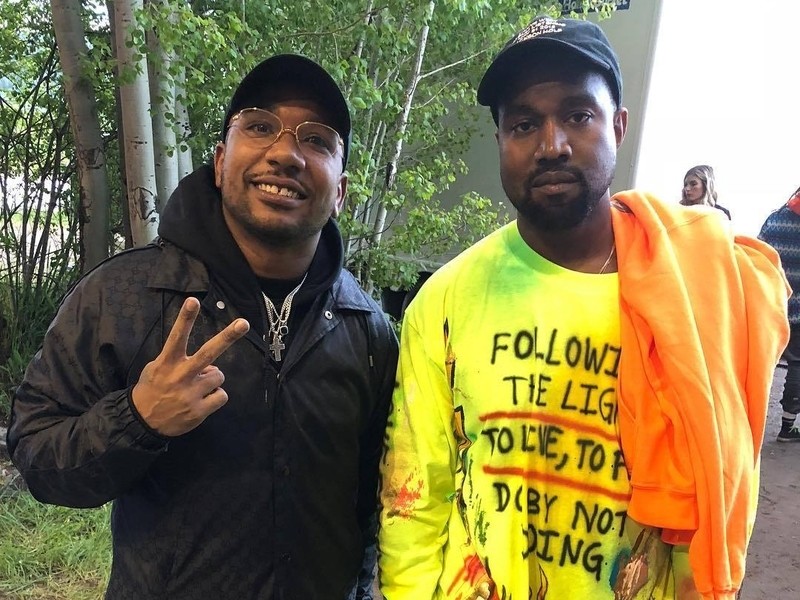 There are seven songs produced by 'You in the road?

The chain of seven track albums produced by Kanye West may be getting an addition. A longtime collaborator CyHi The Prynce claims Yeezy told to begin to draw the plans for a project of this Monday (June 11).

"Welp @kanyewest just said 'man we need to start the configuration of these ideas to one side for 7 songs,'" CyHi wrote on Twitter. "I said that the world will never be the same!!!! All CYHI FANS get ready!!!!!"

Welp @kanyewest only said: "the man that we need to start the configuration of these ideas to one side for 7 songs," he told me that the world will never be the same!!!! All CYHI FANS get ready!!!!!

CyHi is no longer part of the G. O. O. D. Music roster, but has continued to contribute to West's work, despite his departure. Last year, the veteran MC was finally able to launch his debut album Not To Church on Sundays.

Last Friday (June 8), West teamed up with Cudi for the release of their collaborative effort the Children to See Ghosts. The project was the third in a series of five albums to be produced entirely by the G. O. O. D. Music founder, all of which feature only seven songs.

Nas' 12 solo album, the upcoming launch of the series of Western-produced projects, is scheduled for release on Friday (June 15). Ty Dolla $ign has also hinted at a possible album with West, which has expressed its desire to continue with the release of the projects on a weekly basis.