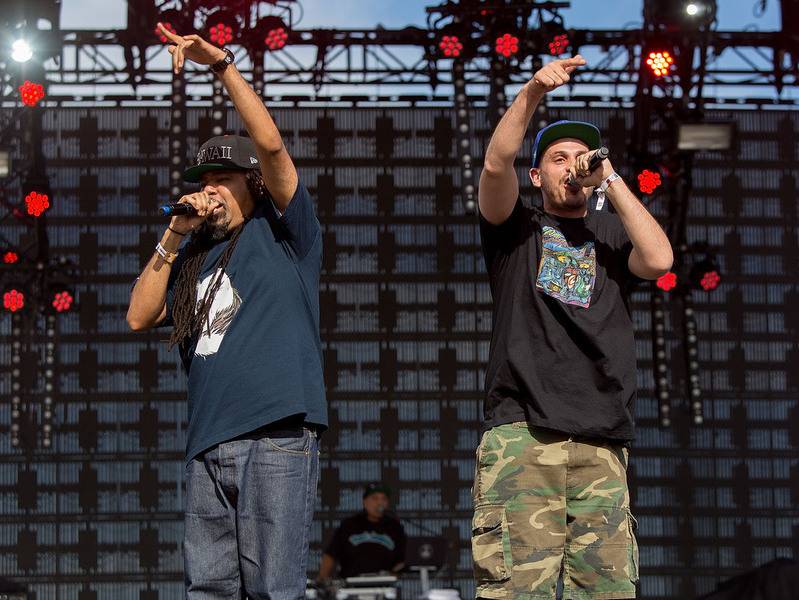 #DXCLUSIVE: Ev shares his memories of the group's debut album, detailing the story behind its release and its legacy.

The story of Dilated Peoples began in the ’90s, but the trio officially introduced themselves on May 23, 2000 when they dropped their debut album The Platform. Two decades later, the critically acclaimed LP remains beloved by fans and represents an important chapter in the Los Angeles underground Hip Hop scene.

With Evidence, Rakaa Iriscience and DJ Babu’s album celebrating its 20th anniversary, HipHopDX caught up with Ev for a look back at this pivotal project in his career..centered-ad {

The veteran MC/producer shares his thoughts on Dilated’s original debut (the shelved Imagery, Battle Hymns & Political Poetry), recalls signing with Capitol Records and provides a self-evaluation of his work on The Platform. Ev also explains why the LP has an independent feel despite being released on a major label and reflects on the album’s legacy.

Evidence: The real one’s still not out there. I see all these bootlegs. They’re like compilation versions of it. I think that’s for the best. I listen back to that. I love the innocence of it, but yeah, I just wasn’t ready so it’s kind of a blessing it was shelved in my eyes. We were signed to DJ Lethal through House of Pain to Immortal Records through Epic Records. It was a production to a subsidiary to a major. It probably was