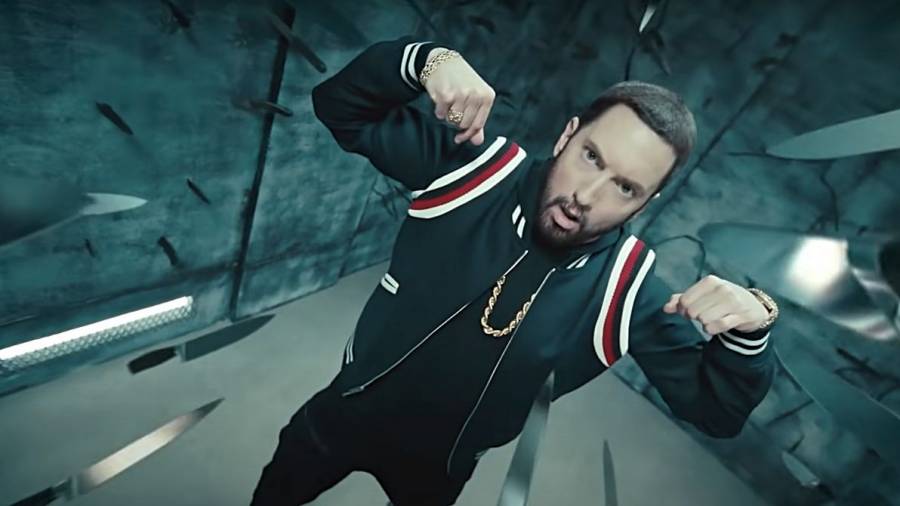 The video also includes an emotional tribute to the late Juice Wrld who contributed to the "Music To Be Murdered By" song.

Director Cole Bennett, who helmed the video for Eminem and Juice Wrld’s “Godzilla” collaboration, penned an emotional Instagram post on Thursday (July 30), not long after he’d learned the visual is nominated for Video of the Year at the 2020 MTV Video Music Awards.

In the caption, he raved about working with Slim Shady and was admittedly blown away by his tireless work ethic. He also spoke about how powerful the tribute to Juice Wrld was toward the end of the video and is thrilled the later rapper is getting the recognition he feels he deserves..centered-ad {

“The godzilla video got nominated for video of the year for the @vmas,” he wrote. “I could really cry. this is one of the most amazing feelings. to share this moment with juice is beautiful & easily the best part about this whole moment. im so happy to see juice finally get recognized by a big award show. he deserves this moment more than anyone! he guided me through this whole video, I felt him every step of the way.

“& man, working with eminem was one of the most surreal moments ever. he is the most humble, hard working super star there is. he was on set before anyone on 2 straight 14 hour days. it inspired me and pushed our whole crew to go as hard as we could.”

the godzilla video got nominated for video of the year for the @vmas. I could rea