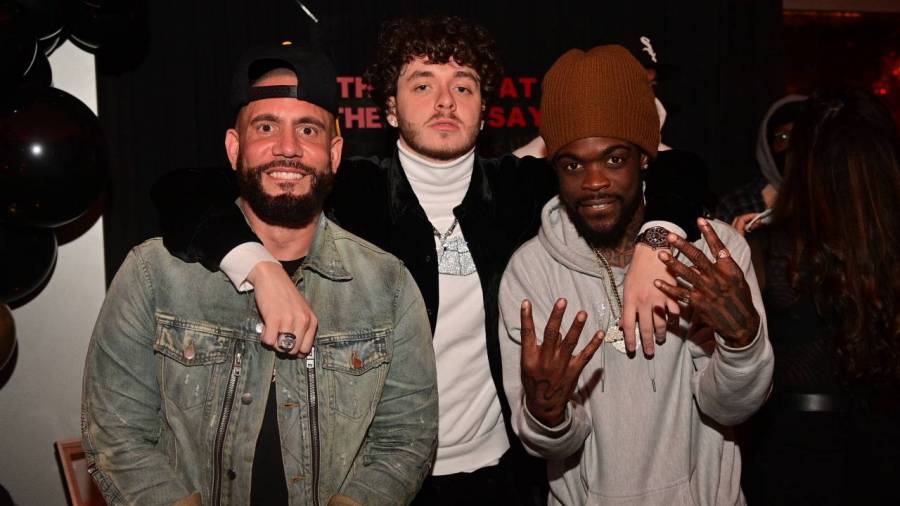 DJ Drama and Don Cannon's Atlanta studio was the subject of a raid for illegally distributing mixtapes in early 2007.

ATLANTA, GA – DJ Drama, Don Cannon and Leighton “Lakeshow” Morrison have more than two decades a piece in the music industry and have seen it all throughout their lucrative Hip Hop journeys.

Entering the 20’s, the trio of college buddies are in cruise control with their  Generation Now imprint, which helped turn Lil Uzi Vert from SoundCloud darling to an untraditional mainstream superstar. Signee Jack Harlow used 2020 to make the quantum leap to stardom behind “WHATS POPPIN” and Florida rapper Seddy Hendrix looks to be next in line to board the Generation Now express.

Nowadays, Drama can toast to his success and enjoy the fruits of his labor when laying the foundation for the next generation of stars in Hip Hop. With a keen eye for talent and an ability to predict what’s next, his Generation Now gamble has paid off, and promises to Atlantic Records were kept.

“They represent the cross-section of traditional hip-hop artist development and culture and what the kids want to hear,” said Atlantic chairman Michael Kyser of Generation Now. “They bring decades of experience and knowledge, as well as their unique ability to adapt to the speed and methods that fans want for their music in 2020.”

Drama explained to Billboard in 2020, “We had our hands close to various artists who are now superstars, who we had the opportunity to sign or just had the feeling like, ‘Okay, this person is up next. Let’s be ahead of it.’ We missed