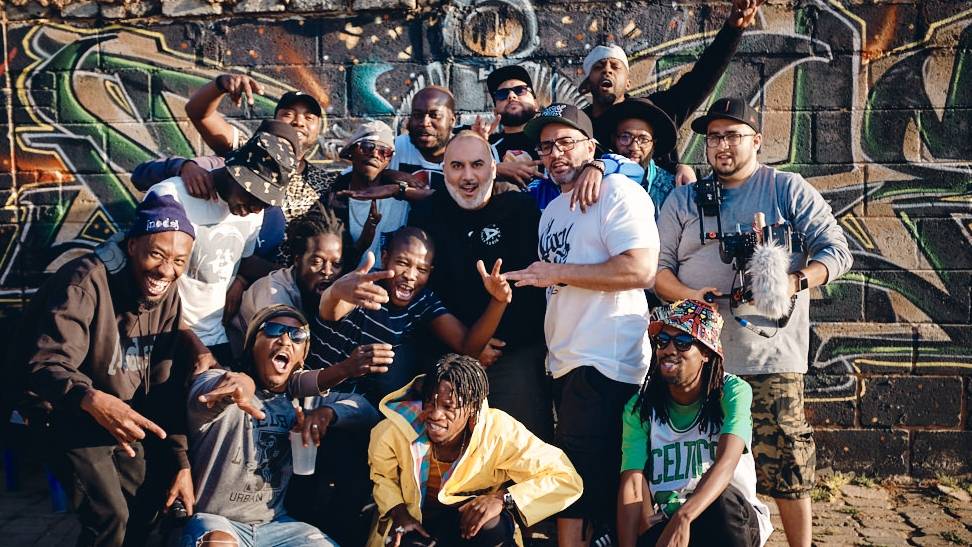 "A lot of places we would go, the best Hip Hop scene was in these really poor neighborhoods, in places where they didn't have a lot."

Exclusive – DJ EFN may be widely recognized as the co-host of REVOLT TV’s Drink Champs podcast, but the Cuban-American media personality takes his talents far beyond Miami. In 2012, DJ EFN — short for his government name Eric Fernando Narciandi — embarked on a trip to his home country of Cuba and decided to bring some friends along to film the whole experience.

The result was the Coming Home documentary, which aired on REVOLT TV in 2013. Nearly 10 years later, the show has taken DJ EFN to Peru, Haiti, Vietnam, Colombia and South Africa, giving him a priceless new perspective on life — and the culture. In each country, he’d get the opportunity to connect with the local Hip Hop community and quickly learned those with very little always seemed to have the biggest, most colorful personalities and deepest appreciation for all the elements. In turn, DJ EFN was reinvigorated by what he experienced.

“It just reminded me of why I fell in love with Hip Hop and what I felt Hip Hop was about, which was basically creating something out of nothing, a light at the end of a dark tunnel,” he tells HipHopDX by Zoom. “And a lot of places that we would go, the best Hip Hop scene was in these really poor neighborhoods, in places where they didn’t have a lot, but you couldn’t tell them that they didn’t have a lot.

“I had to focus on myself and I would come back really appreciative of what I had because oftentimes, here we’ll complain and we think we don’t have enough and this and that. And you’ll go to a place where they don’t have anything but to them, they have everything. They have everything they need and Hip Hop was that luxury for them, too, for them to be able to express themselves and be creative. It was just beautiful.”

For DJ EFN and his travel companions, Hip Hop also acted almost like their own GPS. Anywhere Hip Hop lived, they felt safe, unified by their shared love of the culture.

“It may seem corny