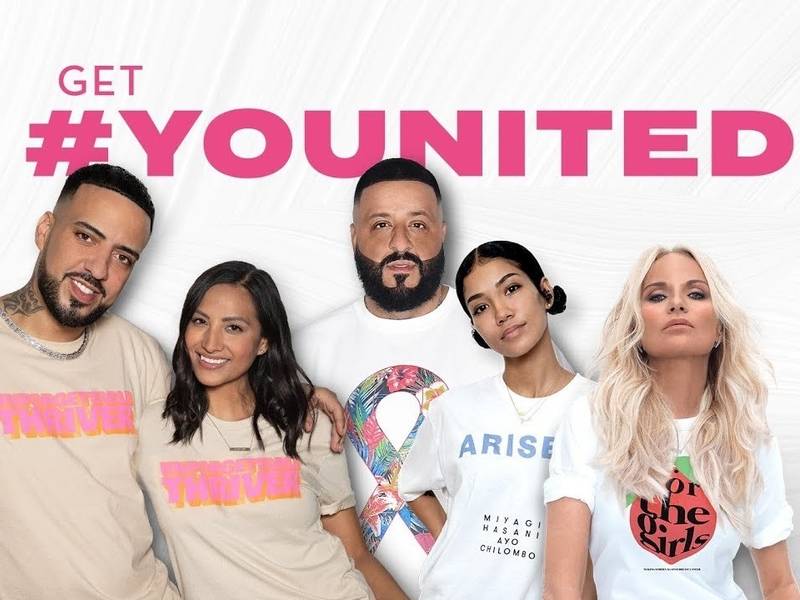 Los Angeles, CA – DJ Khaled, French Montana, and Jhené Aiko have teamed up with the American Cancer Society to Get the #YOUnited campaign.

As part of Breast Cancer Awareness Month, the trio was joined by actress Kristin Chenoweth, breast cancer survivor Nalie Agustin and fashion designer Kerby Jean-Raymond, the exclusive design of t-shirts in support of breast cancer patients, survivors and other people affected by the disease. centered-ad {

Each celebrity ambassador has also created a public service announcement and the team for the ACS. Khaled's team is properly called a Team Best, while Montana and Augustine has been dubbed as Computer Unforgettable.

"Someone near and dear to me was recently affected by breast cancer," Khaled said in a press release. "I had to step in and do my part to help those fighting this disease. We are all in this together. We're going to make a difference."