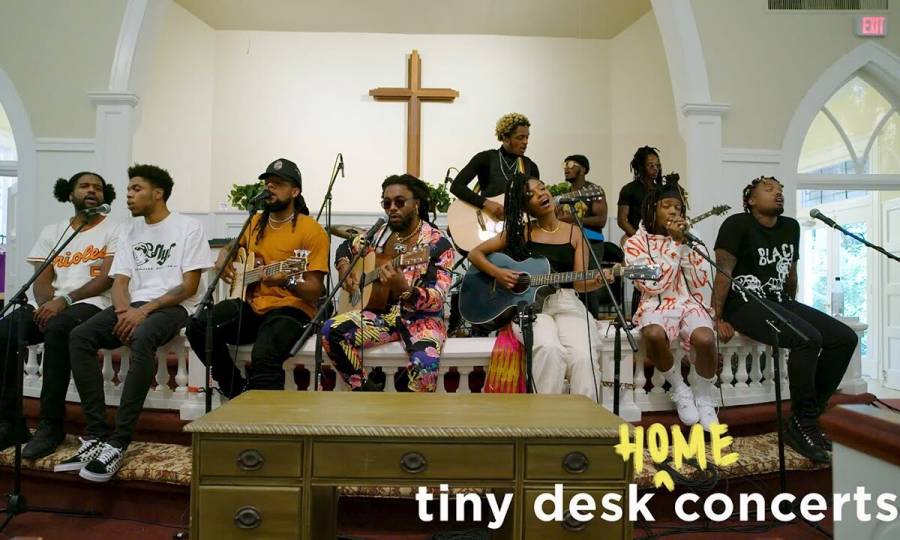 J.I.D, EarthGang and the rest of the crew's major label debut 'Spilligion' is available now.

Spillage Village put a unique spin on the “home” version of NPR’s Tiny Desk Concert series. The Dreamville-backed collective took over an actual church for their performance, adding extra emphasis to the spiritual side of their music.

J.I.D, EarthGang, Mereba, Jurdan Bryant, Hollywood JB and Benji sat side-by-side for the set, but they were missing one part of the family. Fellow member 6LACK was unable to be part of the Tiny Desk Concert due to travel restrictions..centered-ad {

Even without 6LACK, the Spillage Village crew delivered a lively performance with the help of a backing band. Two members also got to show off their versatility as Benji played the bass and EarthGang’s Olu played the guitar.

Spillage Village’s set included their songs “End Of Daze,” “Baptize,” “Hapi” and “Jupiter.” All four cuts come from their major label debut Spilligion, which was released in September.

Watch Spillage Village’s Tiny Desk Concert above and stream their Spilligion album below.