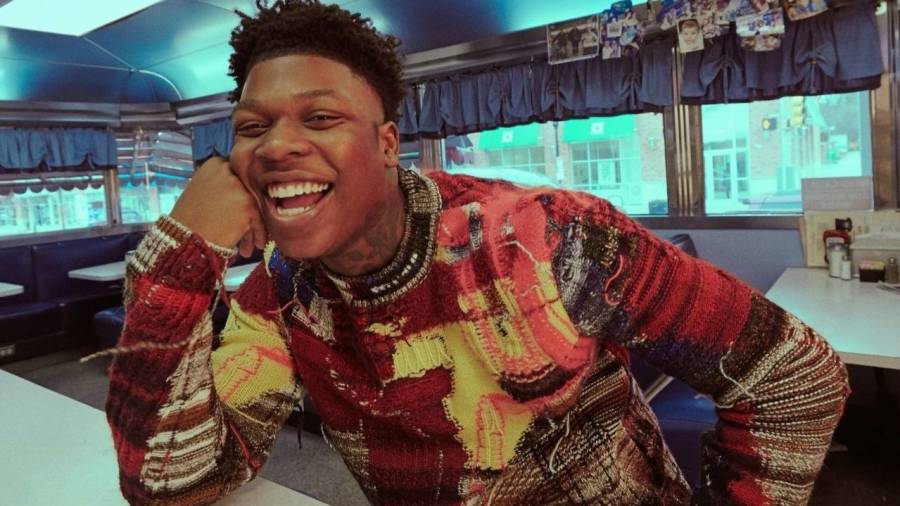 The self-proclaimed Flow God says his next project will properly introduce him to the Hip Hop world and feels rappers need to adopt Michael Jackson's performance standards ASAP.

The city of Philadelphia has bred some of the most respected lyricists in Hip Hop. Black Thought, Cassidy, Eve, Beanie Sigel, Freeway and more have represented the city and paved the way for stars like Meek Mill, Lil Uzi Vert and Tierra Whack. As Hip Hop evolves, so did the music from the various regions across the country, and the city of brotherly love is no different. Drewboy, a fresh new face out of northern Philly, has been making waves in the local circuit with his Traphouse Bounce sound and is looking to make it a unique, definitive sound for the city.

The 22-year old has been taking rap seriously since 2018 but started rapping when he was going to an after-school program when he was a kid. By the time he was in high school, Drewboy was freestyling with ease and consistently crafting quick sets of bars while on his way to play quarterback at football games..centered-ad {

Eventually, he drew up enough confidence to record and post his freestyles, and it was then that the Flow God was born. In the various Instagram clips he posted, Drewboy showed he really studies the art of freestyling with the many different flows he took on. Instagram clips soon turned into live freestyling sessions on the app, and the fanbase began to grow.

After sensing things were changing for him, Drewboy took one of his most popular freestyles and reworked it into Close Friends,