DX Digest: Bryson Tiller Has A Message For Ladies And Haters In 3 New songs 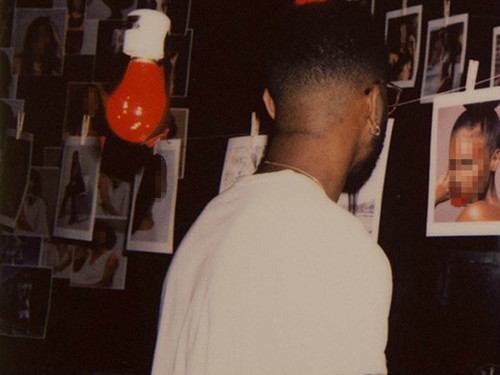 Bryson Tiller comes through the proverbial third quarter of the day with three new songs from his highly-anticipated True Self album (release June 23). Highlighted in the Thursday (May 11) version of the DX Digest, we hear "Something Tells Me," "Honey" and "Mine", which features Young Thug. In addition, Diplo calls the cavalry in "Bank Roll", a song with lyrics by Justin Bieber, Thugger, and Rich, and The Child. We've also rounded up tracks from Danny Brown, Chris Brown featuring Nas, B. o.B, and Lil Wayne, Two-9's Jace and more.

Bryson Tiller – "Something Tells Me"

Never stray from your pocket of songs for and about women, Bryson Tiller shows us an improvement of the pen's game, "Something Tells Me" – a song that predicted the untimely demise of your relationship. As you and I know, it's a cold world, and the Pen Griffey intuition tells him that his past sins, and other issues will be the end of his love.

Bryson Tiller F. Young Thug – "What Is Mine"

Pulsing of the trap of the "soul of rhythm and blues with a slap in the face" defines the braggadocious "Mine" record of Bryson Tiller. The Kentucky singer-songwriter forewarns that hate it to try to prevent it being paid, ultimately, to withdraw the money from your daughter in the mouth. Meanwhile, the Thug just wants a chicken cheese and meat. Go figure.

So nice we did it three times, Bryson Tiller completes the trifecta of the day with "Honey". Produced by the NES, he puts his woman on a pedestal, more sparse production, full of distorted background vocals and ad-libs.

So, Biebervelli, Thugger, and Rich the Kid all walk into a bar. Well, that is not the case, but the trio do spit a few bars on the same track, and we have super-producer Diplo to thank for that. The master of the sonics has been teasing "Bankroll" for more than a year. Fortunately it doesn't disappoint, as Young