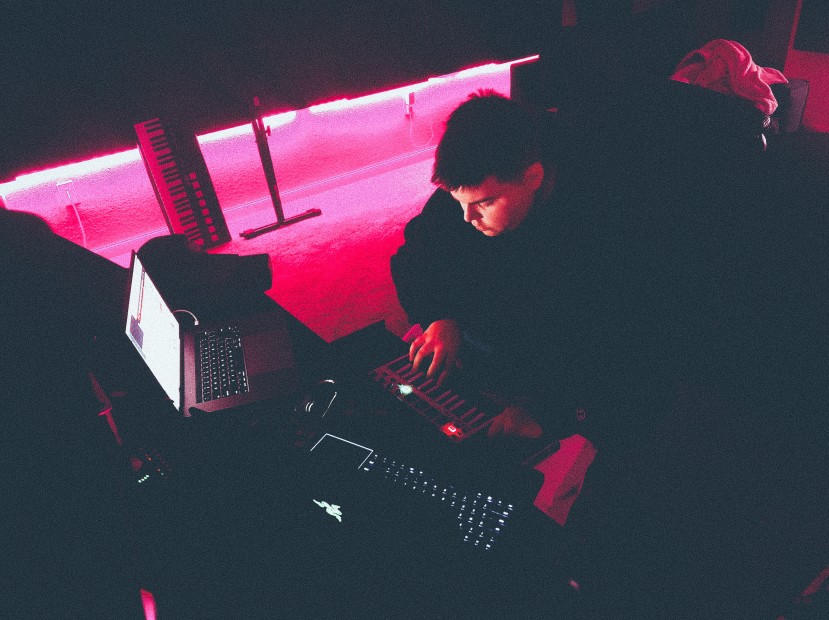 Buzzing producer Taz Taylor shares his #DXHitList picks and takes us inside the world of Internet Money.

Los Angeles, CA – Taz Taylor calls it the wild, wild west: a bubbling, underground world of so-called “internet,” “type-beat,” producers. But what’s an internet producer? Aren’t all producers on the internet? Just to clarify — by the age of 12, after dropping out of middle school in Jacksonville, Florida, Taz was rolling in tens of thousands of dollars by selling beat leases online, marketed on YouTube. Now, at 25, he’s earned over half a million dollars in revenue in just one year. No publishing. Purely off beat sales — meaning he didn’t have to split his money with anyone.

The money is always nice, Taz points out during our lengthy conversation at Artist Partner Group’s A Studio near Los Angeles’ historic Fairfax District. But taking everything to the next level is what mostly interests this self-proclaimed music mogul. Yung Pinch just dipped when I arrived and there were about 11 guys all on laptops working on beats. That’s Internet Money. Taz Taylor’s musical creation, along with his good friend Nick Mira, who signed a deal with APG in last summer.

They earned a gold plaque for their work on XXXTENTACION’s debut album 17 with the standout track “Fuck Love” featuring Trippie Redd that same year. Taz has gotten placements with the likes of Gucci Mane, Kodak Black, Big Sean and Lil Skies, all on the strength of the type-beat and believing in a movement when everyone else doubted its relevance.

So, who are these kids shaking up the industry with their new business practices and highly scrutinized produced beats that are often mocked, yet generating hundreds of thousands of dollars independently?

Taz Taylor explains the Internet Money world to HipHopDX on this edition of the #DXHitList Sessions.

He also shares with us the stories behind the songs on his #DXHitList.

“Flashing Lights” — Kanye West — That record changed the game for me. The strings and the sounds and the sonics o