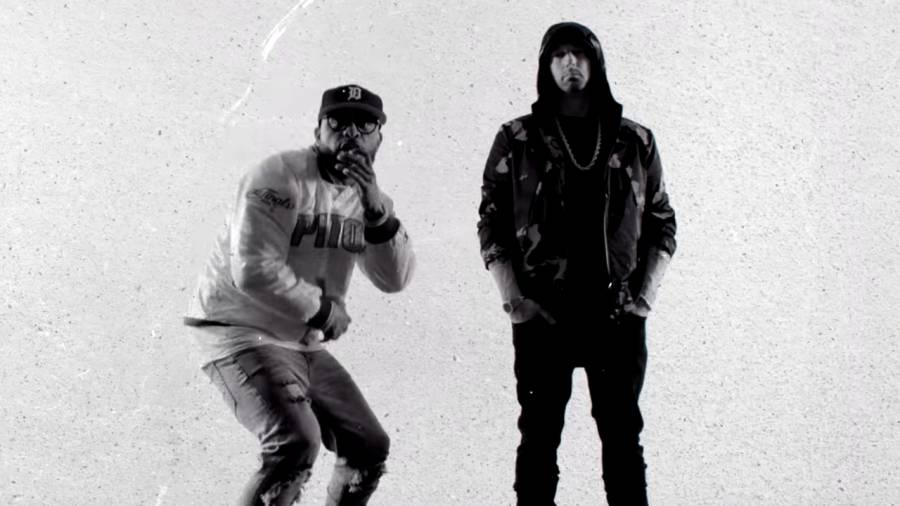 Slim Shady is eligible for another platinum certification after releasing the album in January.

Eminem’s Music To Be Murdered By album is officially eligible for platinum certification. According to Chart Data, Slim Shady’s latest LP has sold over 1 million copies as of Wednesday (October 28).

Music To Be Murdered By dropped as a surprise in January. Despite its lack of pre-release promotion, the album debuted at No. 1 on the Billboard 200 after selling roughly 279,000 album equivalent units in its first week.

Eminem’s 20-track LP was his 10th straight project to debut at top of the chart, setting a Billboard record for most consecutive No. 1 albums. Music To Be Murdered By was officially certified gold by the Recording Industry of America in March.

Music To Be Murdered By featured collaborations with Royce, Black Thought, Anderson .Paak, Q-Tip, KXNG Crooked, Joell Ortiz, Young M.A and the late Juice Wrld, among others. Production was handled by Eminem, Dr. Dre, The Alchemis