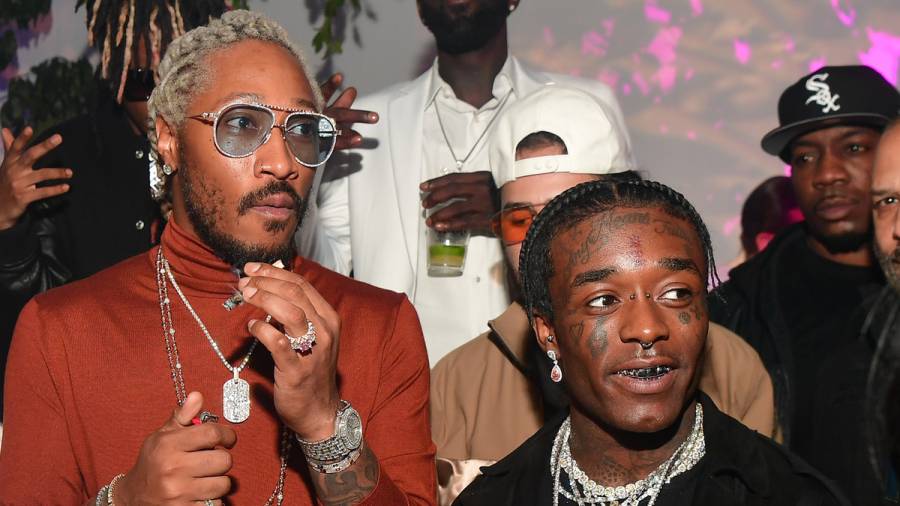 Stream their new tracks "Patek" and "Over Your Head" in celebration of Baby Pluto Day a.k.a. Uzi's birthday.

Future and Lil Uzi Vert have joined forces for two new singles: “Patek” and “Over Your Head.” The multi-platinum selling artists teased a collaboration earlier this month, indicating it would come with a video directed by Hype Williams.

Social media speculation led many listeners to believe a full-length project was dropping on Friday (July 31). The rumors were enflamed by DJ Akademiks, who claimed Future and Uzi would release a tape to close out the month. As it turned out, the two ended up simply sharing a pair of tracks..centered-ad {

The Future and Uzi collabs celebrate Baby Pluto Day, which is the latter’s birthday. Neither artist has indicated if the songs are previews of an upcoming project from the duo or simply stray singles.

Both men have already released solo efforts in 2020. Uzi delivered his long-awaited Eternal Atake album in March while Future dropped his High Off Life LP in May. The two projects debuted at No. 1 on Billboard 200 and earned platinum certifications.

Stream “Patek” above and check out “Over Your Head” below.