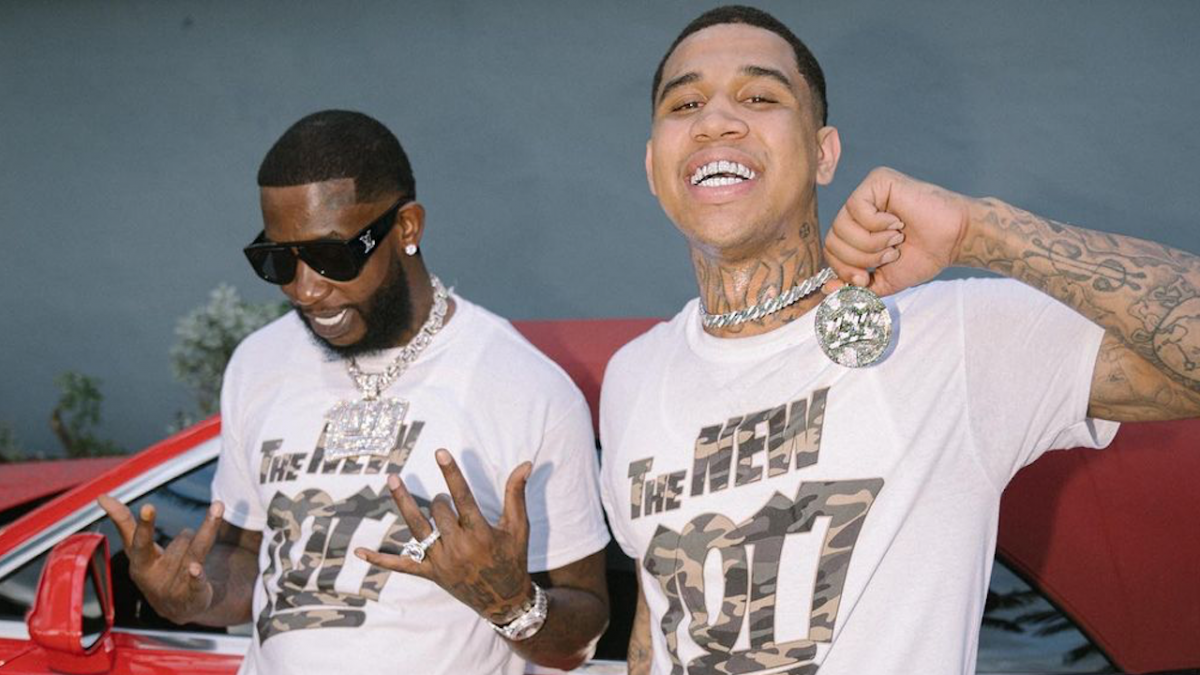 The New 1017 Records is thriving with the success of artists such as Pooh Shiesty and Foogiano, but Gucci Mane is still looking to add more talent to the roster. Over July 4 weekend, Guwop took to Instagram to announce that Hotboy Wes is the latest rapper to sign with the label.

Gucci Mane welcomed the Waco, Texas artist with an embrace in the studio and gifting him with an iced-out 1017 chain. In the video, an excited Hotboy Wes referenced lyrics from Gucci’s “Hood Affairs Freestyle” from 2009: “I was trapping like a fool, me and FF Fool/Didn’t go to school/I was trapping like a bitch, I sold a lot of bricks.”

His wife Keyshia Ka’oir Davis added in the comments, “BEST A&R in the GAME. His life ain’t gon be the same no mo. HE A STAR.”

Hotboy Wes’ biggest YouTube video to date is “I Can’t,” which has over 421,000 views. The song appears on his Never Had Shit project that was released in July 2019.

The New 1017 Records welcomes Hotboy Wes during a promising time for the label, with Gucci Mane, Pooh Shiesty, Foogiano, BigWalkDog, Big Scarr and Enchanting all currently signed to the Atlantic Records subsidiary.