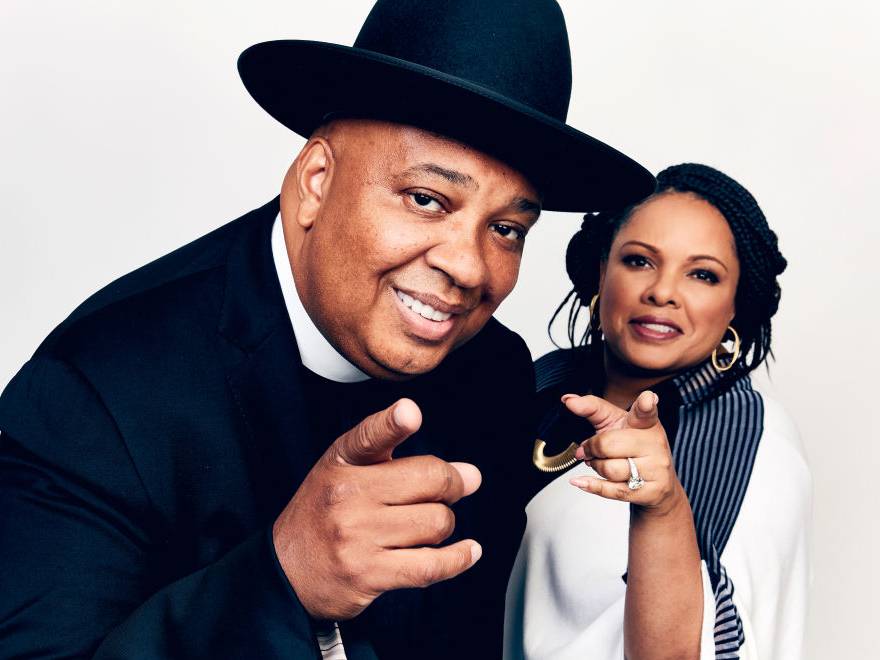 The power couple recently released their book, "Old School Love: And Why It Works."

New York, NY – In a time when life feels fragile and love can seem fleeting, there are signposts reminding us that life holds immeasurable meaning and love can last a lifetime if we have vision and faith and accrue the tools to sustain what we hold dear. Joseph “Rev Run” Simmons is a living example of iconic musical accomplishment and steady business acumen, but more importantly, as he sees it, he is living example of how to live one’s life in faith and love. As Rev Run and his wife Justine Simmons speak with me about their marriage and their new book, Old School Love: And Why It Works, it further brings home the lesson that faith and love are actions we must take every day to ensure a life of substance; one where our relationships and being of service to others takes center stage.

During the 1980s and 1990s, Simmons’ rap group, Run-DMC pioneered a powerful Hip Hop sound that acted as a wrecking ball to break new ground and cross into the mass consciousness. Run-DMC helped pioneer rap music’s journey from underground urban sensation to mainstream cultural phenomenon. According to Simmons, the fame, wealth, product endorsement deals and magazine covers did little to quell what was lacking within. His first marriage had ended, and he felt he had no spiritual center from which to rebuild. For him, Christianity was the catalyst that helped him find his center and higher purpose, which created the foundation from which to build his marriage to his beautiful wife, Justine Simmons. Audiences then fell in love with their blended family on the long-running MTV docu-series Run’s House, and subsequent television shows on The DIY network and the Travel Channel. .centered-ad {