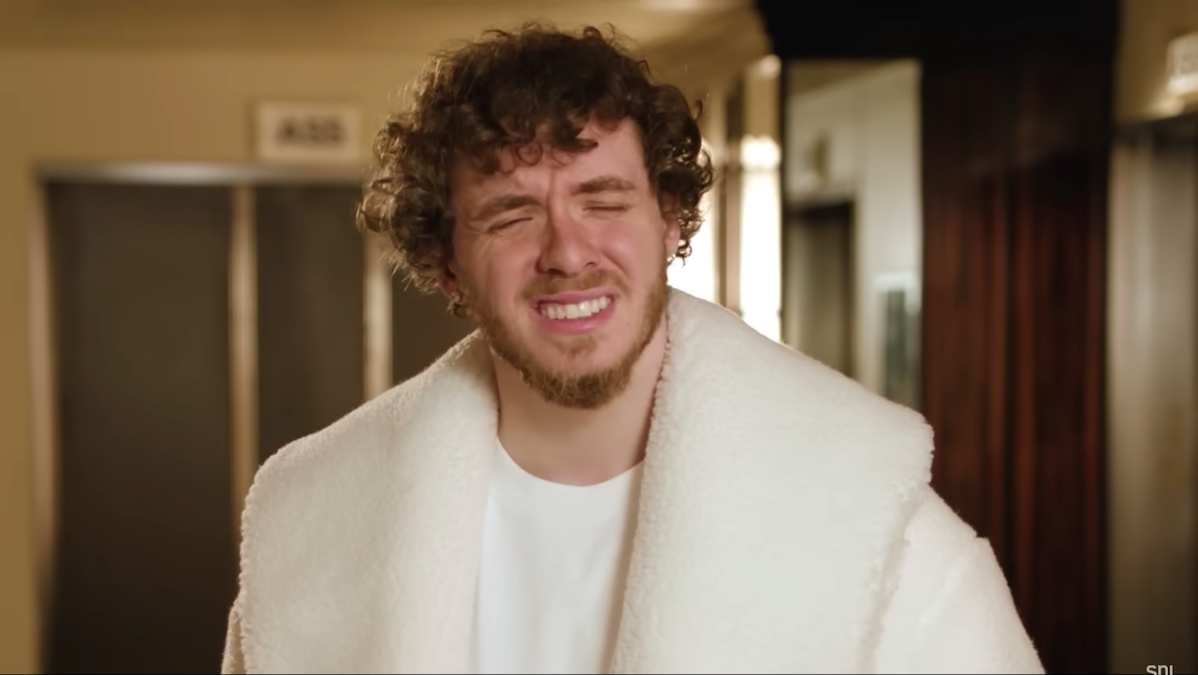 The Kentucky rapper will host and perform on the comedy show this weekend.

Jack Harlow has had his fit roasted in the latest teaser trailer for his upcoming Saturday Night Live appearance.

In the trailer, Jack Harlow is seen donning an all-white mink coat and matching outfit at NBC studios while waiting to get on the elevator. Kenan Thompson and Marcello Hernandez then approach Harlow, and proceed to applaud the Kentucky rapper for getting “in the Halloween spirit.”

“What are you like a box of Kleenex?” Keenan asks. “Nah, nah, he’s a cotton ball,” Marcello chimes in. The back and forth goes on for a moment before Harlow is able to get a word in.

“Guys this is just my outfit!” Harlow proclaims, before saying farewell and getting into the elevator. “I’m Meryl Streep, obviously,” Harlow mutters to himself before the doors close.

The Come Home the Kids Miss You rapper will be SNL‘s host and musical guest on Saturday (October 29). He takes over the show shortly after Megan Thee Stallion also juggled hosting and performing responsibilities earlier this month.

This will be Jack Harlow’s second visit to Saturday Night Live as he played a school janitor alongside Pete Davidson in an NFT-rap sketch last October. Harlow has already been hosting late-night TV shows, as he shared the spotlight with Jimmy Fallon on The Tonight Show earlier in October.

Jack Harlow just wrapped up his Come Home The Kids Miss You Tour with City Girls, which kicked off on September 6 in Nashville, Tennessee. He then hit numerous other cities including Houston, Los Angeles, Seattle, Chicago, Toronto, Philadelphia, and Miami before wrapping at Atlanta’s State Farm Arena on October 16.

On the music side of things, Jack Ha