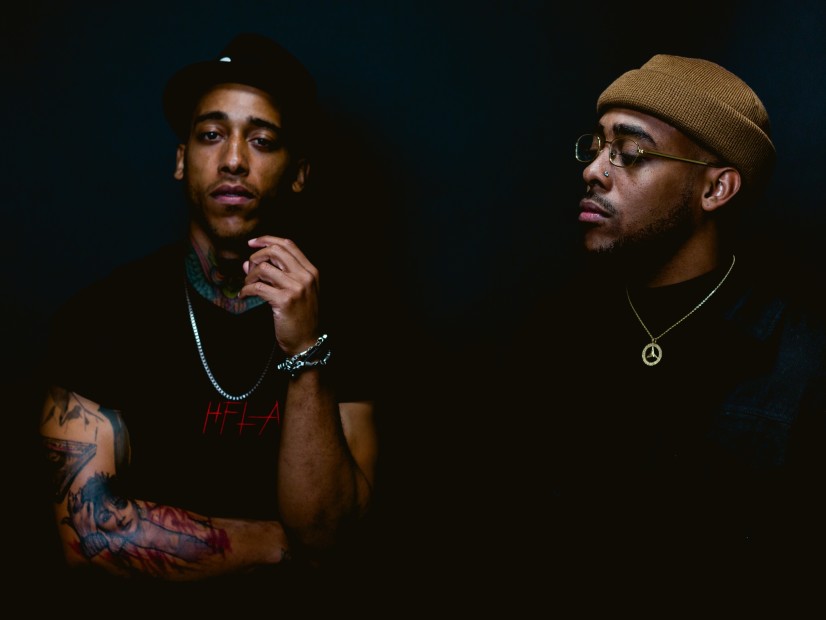 Los Angeles, CA – With his new EP Tattoos & Blues-fresh out of the oven, the L. A. most underrated R&B duo Jake&Papa stopped by the HipHopDX offices #DXLive to talk about the new album, what R&B means to them and discuss with Trent, Jake and Marcel about who was the best of the 90s R&B group was.

In his first single from the new EP "in the Lobby of the Hotel" the young singers to speak in a history of long-distance of the obsession that comes to fruition, in spite of the geographical barriers and leads to a night that plays out as a NSFW ad of an energy drink.

"The story that I'm painting here is about a situation that I had back in the Myspace days. I was building with a nice young man from all over the country and went all through the DMs" Pope recalled. He continued, "to talk about Sex, likes, dislikes, favorite colors, what are we going to do when I see you. Finally, I get in — boom. I hit Georgia. She lives in Atlanta and we were in Augusta. It took five hours up there to come see a black and we locked ourselves in that hotel, and it was fucking awesome. It was one of those energy draining situations where you just step outside the hotel the next morning as 'fuck.'"

"We could have had some situations that didn't work, but we have always maintained, never gave to the other and now here we are," Jake said. Pope added, "we were in a group before this with our brothers and sisters. We have had a minimum of success, things seemed to go pretty well and it all came crashing down, was in the twinkling of an eye, the group had finished and put it this way, the group broke up in October we released our first mixtape as Jake&Papa in May. Has never been arrested."

Peep the full interview above, creek Tattoos & Blues down and take a look at #DXLive