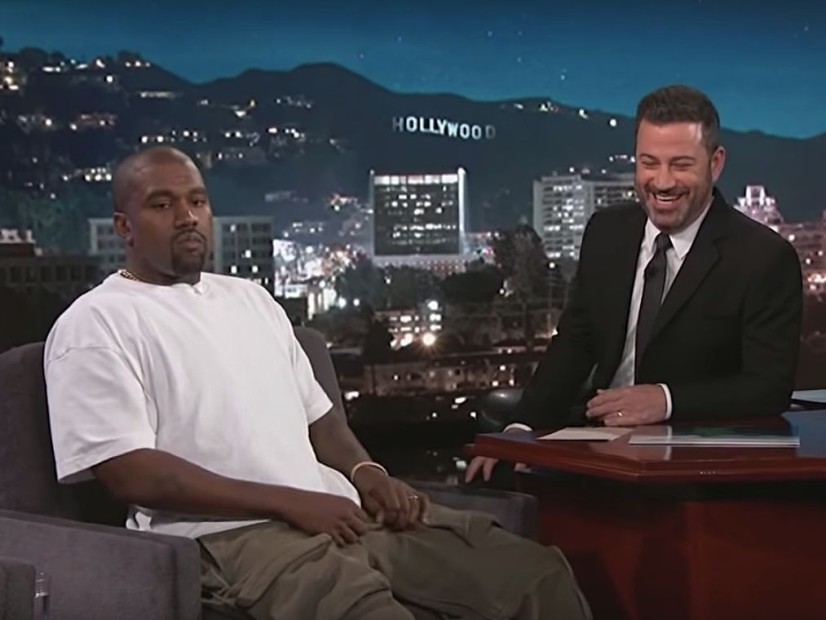 "I don't want to spend the whole interview in a single thing."

Before 'Ye could answer, Kimmel cut to a commercial. Now, the late-night talk show host has thrown a little light on that decision.

"Well, I think Kanye is kind of in a perpetual state of being interviewed and shares his thoughts constantly," he told The Daily Beast in a recent interview. "Therefore, the idea that he needed to get to the right answer on the site is not necessarily something I agree with.

"I think that he does not feel the same kind of pressure that most people feel in a situation like that. And I think that is a question that I hope you answer me with the time. But to force a response from someone is not necessarily the way to go."

Kimmel also cited time as a problem. He was given an eight-minute segment, but they were already in 10 minutes when he went to the commercial break. He then addressed why not pick up where it left off when the break was over.

"It wasn't necessarily a conscious decision," he said. "I felt that his silence answered the question in some aspects. And I also know that if Kanye wanted to follow a subject after he is not shy about continuing on that theme.

"I also had a lot of areas I wanted to cover. I don't want to spend the whole interview in a single thing."

"Jimmy Kimmel we had a great time having a dialogue," he wrote August 11. "I'm reading a book that I was surprised by a question. Let me clarify right-click on the bait. I was not perplexed. I was given the opportunity to respond to the question."

Jimmy Kimmel had a great time to have a dialogue. I'm reading that he was perplexed by a question. Let me clarify right-click on the bait. I was not perplexed. I was given the