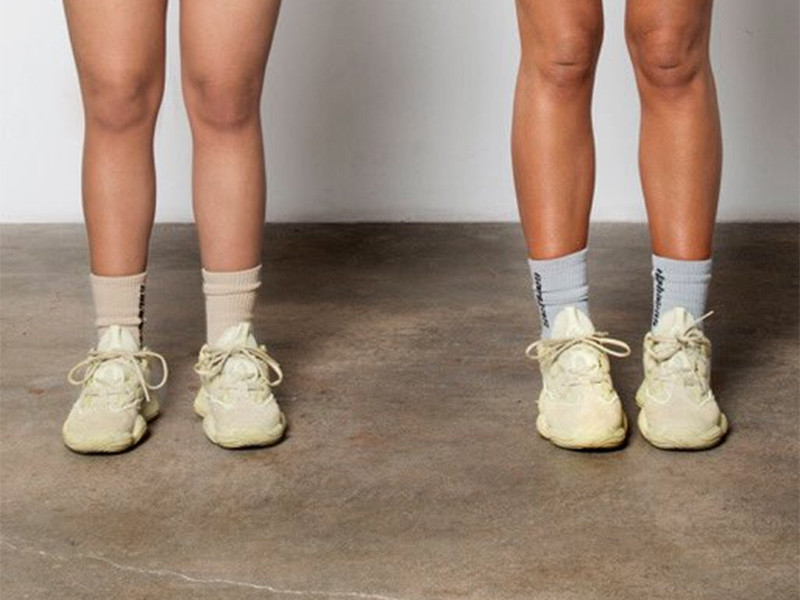 Kanye West dropped a lot of images (including some NSFW) on his Twitter page Tuesday (12 June) to announce the most recent addition to his Yeezy collection, the Yeezy 500 Supermoon Yellow sneaker.

In total, the campaign featured dozens of models of different shapes, sizes, colors and ages. While Lela Star in the headlines because she was mostly naked for their photo — wearing nothing, but the Yeezy 500 Supermoons and a pair of socks — most of the other models used different parts of the Yeezy collection.

The accompaniment of the various images of the film that was the #SUPERMOON hashtag, which was part of the overall campaign.

The man behind the lens was Eli Russell Linnetz, he was an assistant to David Mamet, who was known for his work with DONDA, and who previously directed Kanye's Teyana Taylor-starring "Fade" video.