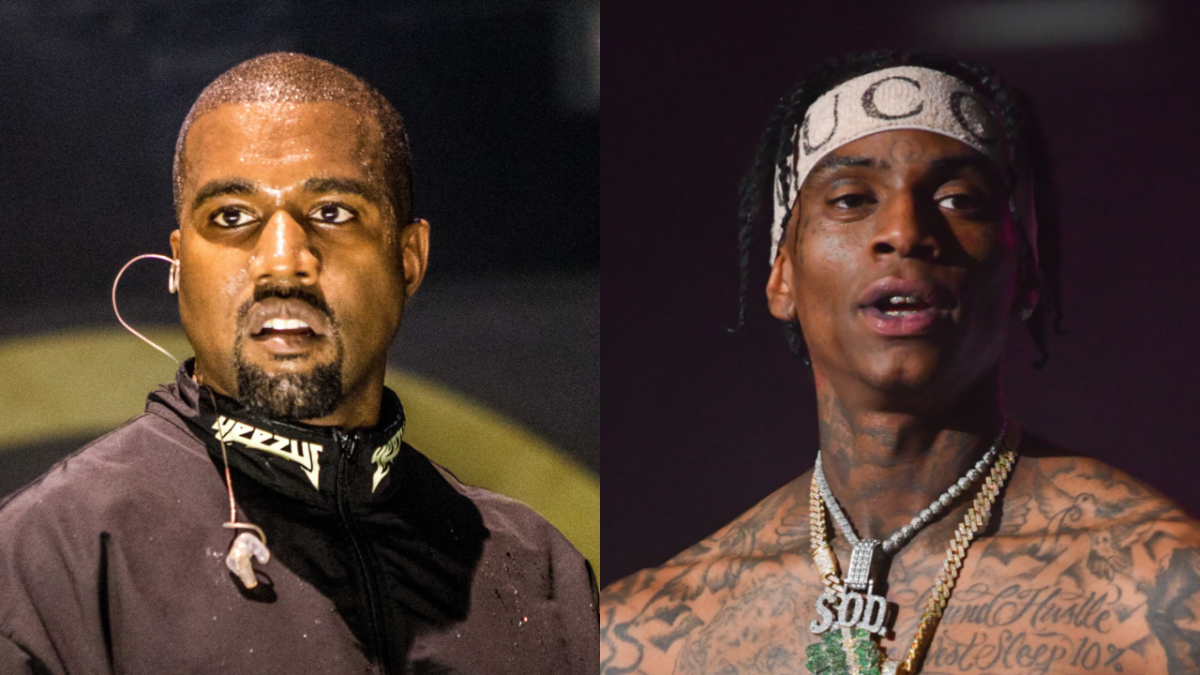 Big Draco has repeatedly dissed Kanye for removing his verse from "Remote Control."

Soulja Boy wasn’t too happy to discover he’d been taken off Kanye West‘s Donda when the album hit streaming services by surprise on August 29, and he’s been letting Kanye know exactly how he feels about it.

The SODMG boss has repeatedly dissed Mr. West for removing his verse from “Remote Control,” calling him everything from “lame as fuck” to a “bitch ass n-gga.” He even taunted Kanye by insinuating he was the first rapper to hook up with the mother of his four children, Kim Kardashian.

But during his appearance on N.O.R.E. and DJ EFN’s Drink Champs podcast on Thursday (November 4), Kanye West broke his silence and fired back at Soulja Boy in brutally efficient fashion.

Kanye West says he took Soulja Boy off of DONDA because his verse wasn’t good😭😭 pic.twitter.com/xQBICGcCRe

When asked by N.O.R.E. why Soulja Boy’s “Remote Control” verse was left on the cutting room floor, Kanye replied, “You ain’t hear that verse?”

N.O.R.E. answered, “No,” before realizing seconds later what Kanye meant — at which point the room burst into laughter. “The verse wasn’t good?” N.O.R.E. followed up, to which Ye replied, “Nah,” sparking another chorus of laughter.

Despite leaving him off Donda, Kanye West still had high praise for Big Draco, who he crowned as one of the most influential rappers of the modern era alongside Future.

“Soulja Boy is top five most influential, and I’m not going to argue with you n-ggas about this at all,” he declared. “I tell you what, though, Soulja Boy is the future. Future the future. There’s a couple of people.”

This isn’t the first