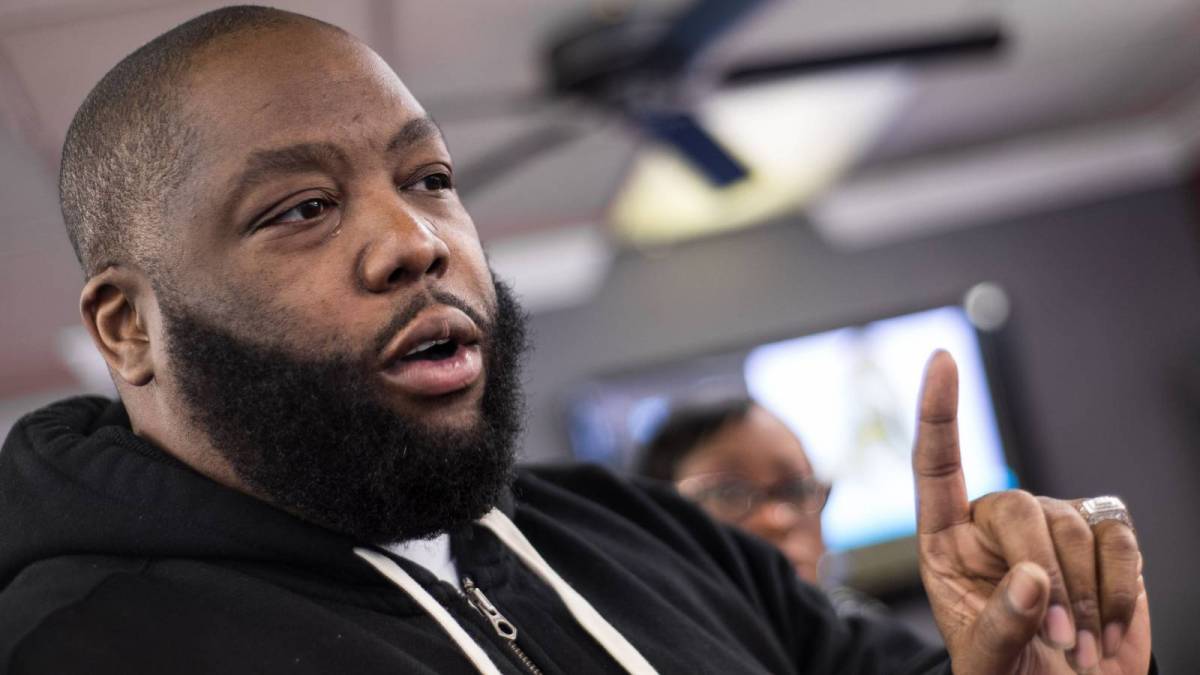 Atlanta, GA – Killer Mike isn’t just one half of Run The Jewels, he’s also the brains behind The SWAG Shop barbershops in his hometown of Atlanta, Georgia. But according to the Outkast affiliate, the original location suffered substantial damage after it was struck by several stray bullets on Saturday night (February 20).

“Last night at 1am (non biz hours) while I was in the booth I got a call ‘Mike the OG Store windows where shot out,'” he explained in the caption. “It was not a personal attack but it was black men who cud not shoot for shit shooting at one another. I am not upset as property can be replaced. I am sorry to my customers as this will continue pause the re launch of the OG SWAG Shop barber Shop & store.

“I wanna say to the brothers tho. Please consider what would have happened if one of y’all actually hit one another. The jail, the lawyer fees, the funeral cost and two black families loss. I’m glad y’all cud not hit the side of a barn with a shot gun cuz this am y’all all are alive.”

Mike went on to express his gratitude for his employees and the local police who quickly sprung into action. He also revealed the shooting would delay The SWAG Shop’s grand re-opening that was scheduled for later this month.

“To my friends, Jerome, @realdjswiff, @supa_r3d & SWAG Shop Marketing and Promo employee @mrstealyourwig1 THANK y’all for holding Shit down and getting  us boarded up,” he continued. “I am blessed to have y’all. To the folks at @burnloungeatl thank y’all for helping us clean up and security watching out for our folks.

“To south fulton police thank y’all as well for staying on site for my folks. Being a biz owner connected to the community this one hurt as no body else’s (meaning non black)