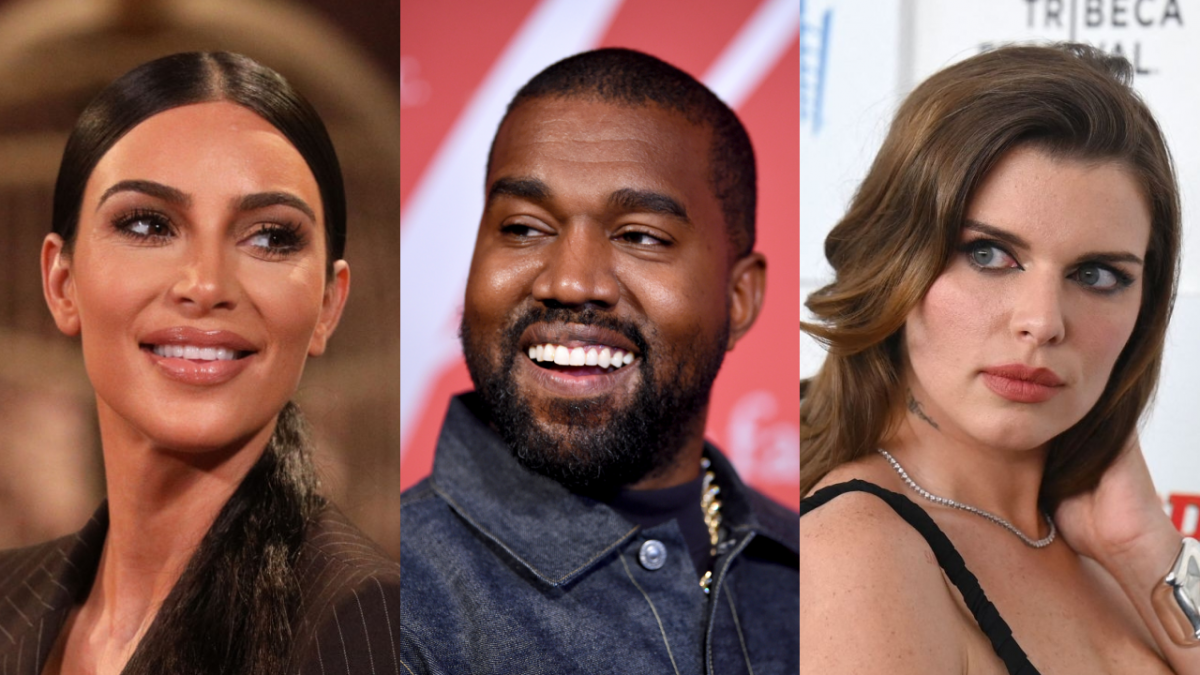 Fox has confessed to being a "die-hard" Kardashian fan.

According to TMZ‘s sources, Kim is cool with Kanye dating the Uncut Gems actress because Fox is a “fan” of the Kardashian family, making the prospect of co-parenting their four children — North, Saint, Chicago and Psalm — a whole lot easier.

The 41-year-old reality TV star is said to be happy to see her soon-to-be-ex-husband smiling again and only wants the best for him having “fully moved on” from their nine-year-relationship. She believes the fact he’s dating someone who admires her can only be a good thing for everyone involved.

Julia Fox — who has an 11-month-old child of her own with her ex-husband, private pilot Peter Artemiey — revealed her obsession with Keeping Up With the Kardashians on her Forbidden Fruits podcast in December, calling herself a “die-hard, OG” fan of the long-running reality TV series.

“I’m gonna miss Keeping Up. [I’m a] die-hard, OG [fan],” she confessed. “I have been watching Keeping Up since it first came out in 2007 when, like, watching it was embarrassing … I wanted them to be my family. You feel like you know them. It’s like you’re happy for them when something good happens.”

Kanye West and Julia Fox have been inseparable since hooking up on New Year’s Day. The couple have enjoyed several romantic dates in Miami, New York City and Los Angeles, along with posing for a lustful photoshoot.

“I met Ye in Miami on New Year’s Eve and it was an instant connection,” Fox revealed to Interview Magazine earlier this month. “His energy is so fun to be around … Everything with us has been so organic. I don’t know where things are headed but if this is any indication of the future I’m loving the rid