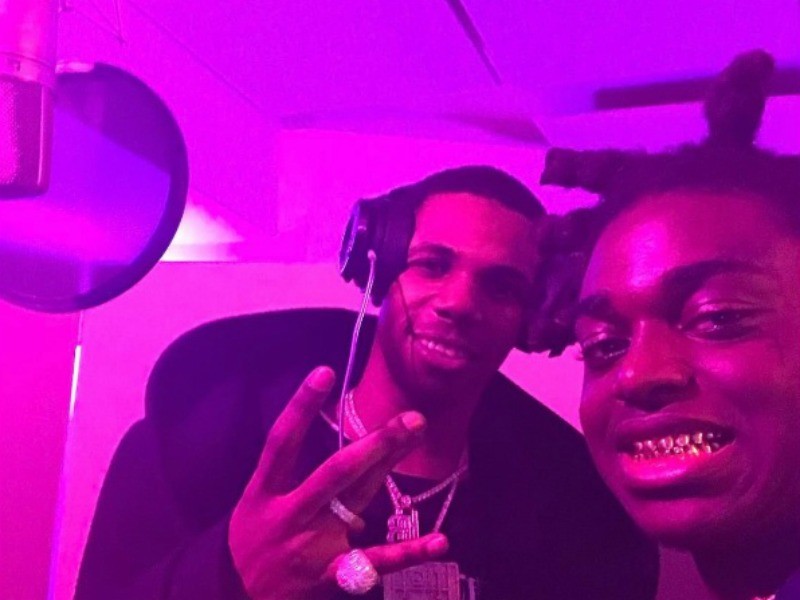 "Tell Lil Wayne if he ain't fear me, fight me."

Last month, Kodak Black made the statement that he was "the best rapper alive," by offering Lil Wayne has applied to itself for years. Now, Florida, the rapper wants to strap on the gloves of Chris Brown and Soulja Boy for the title claim as this beef continues to acquire new dimensions.

In a video from the inside of a recording booth standing next to A Boogie Wit Da Hoodie, Kodak Black issued his threats to the Young Money captain, with the hope that you can also cash in the celebrity fight hype like Soulja and Windy.

"Oh listen here, man. Tell Lil Wayne to fight against me, nahmsayin?," he said Kodak. "We finna get in the ring, we finna fight, me and Lil Wayne. I'm finna blow that stupid black ass. And if he whoop me, the best rapper alive, ya heard me?"

Boogie intervened during the difficult to speak and says that he is going to put your jewelry as a bet in the support of Kodak, which only pushed the young man of 19 years age.

"Tell Lil Wayne fight me in the ring, and I'm gon' beat his stupid ass and I bet everything on it. From Soulja Boy and Chris Brown to do it, I don't even have any coach. I don't need no Floyd Mayweather, Adrien Broner. I'm finna beat to Lil Wayne's stupid ass, watch," he continued Kodak.

Just to make things even more odd, another video that has appeared from Kodak, presumably, walking around New York at night and randomly saying, "Lil Wayne can eat my ass", before talking to the fellow outside of the screen.

Tunechi has yet to return the fire, verbal or otherwise, but it's still early in the game. Stay tuned.

Take a look at the initial video in the clip above courtesy of The Shadow of the Room.