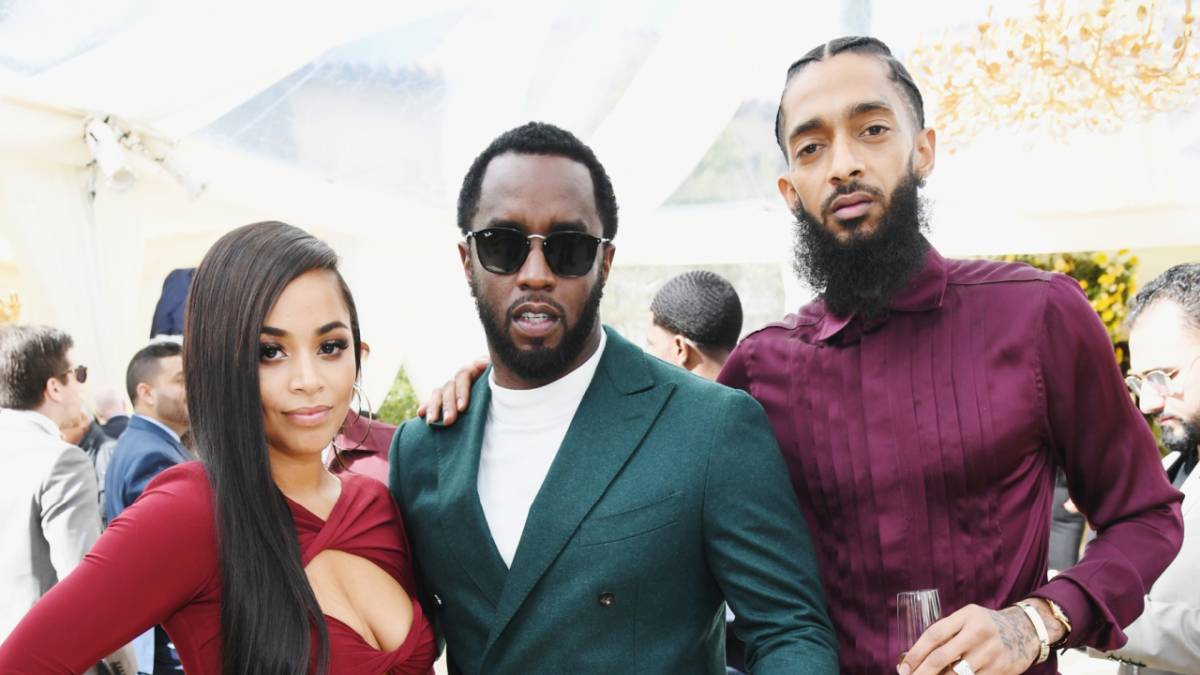 Nipsey's funeral was held at the Crypto.com Arena in Los Angeles, California on April 12, 2019.

Nipsey Hussle’s funeral at the Crypto.com Arena in Los Angeles, California on April 12, 2019 was an emotional service where family and friends celebrated the life of the late rapper.

One person who amazed viewers and guests with how well she handled the funeral was Nip’s longtime partner Lauren London. The actress gave a moving speech and held her own behind a pair of sunglasses and a white outfit.

During the debut episode of Angie Martinez’s new In Real Life podcast, London reflected on Nipsey’s funeral and recalled receiving a pep talk from Diddy before she spoke to the audience.

She added of the funeral, “I just felt like it was surreal. I can honestly say God was carrying me through that cause I didn’t even want to get dressed. I was going to wear sweats.”

Lauren is the truth. and this interview will stay with me forever. 💙 Episode 1 is now live. Link in bio to listen or watch. pic.twitter.com/wT2vgy9WRR

Nipsey Hussle was shot and killed in front of his Marathon Clothing store on March 31, 2019. After a lengthy court process, Eric Holder was found guilty of first-degree murder and two counts of attempted voluntary manslaughter relating to the shooting earlier this month.

Lauren London hase’t given many interviews since Nipsey’s death, which makes her appearance fitting for the launch of Angie Martinez’s new podcast. The legendary radio host announced the IRL podcast earlier this month and revealed the idea came about after she questi