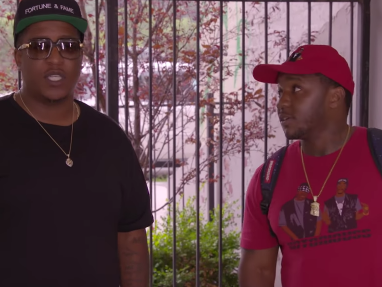 DXclusive: The Junior M. A. F. I. A. and Outlawz members speak about how the decision of the dead, the beef angered the fans at FOX's "Who Shot Biggie And Tupac?"

Los Angeles, CA – FOX's highly anticipated documentary Who shot Biggie And Tupac? is set to explore the murders of two of Hip Hop's biggest legends, so that it is a fact that a lot of new stones were not left unturned.

One of the revelations is how the rappers Lil Cease The Notorious B. I. G. Junior M. A. F. I. A. camp and E. D. I. Mean of Tupac's Outlawz Immortal crushed any lingering beef following their respective leaders of premature deaths.

"That, literally, had people going at us like, 'y'all some traitors. Y'all betrayed 'Pac,'" E. D. I. says in the documentary hosts Ice-T and Soledad O'brien in an exclusive clip premiered by HipHopDX.

Premieres Sunday, September 24 at 8/7c, the documentary emphasizes the infamous dates of September 7, 1996, in Las Vegas, and the early morning of 9 March 1997, Los Angeles — the date and time when Tupac and Biggie were gunned down while riding in the passenger seat of vehicles, respectively. As far as historical contexts go, E. D. I. and Lil Cease, are the perfect subject to be interviewed by these issues because both men were on the scene of the respective shots.