Machine Gun Kelly In "Old Idiot" Eminem: "How Disconnected Are You?" 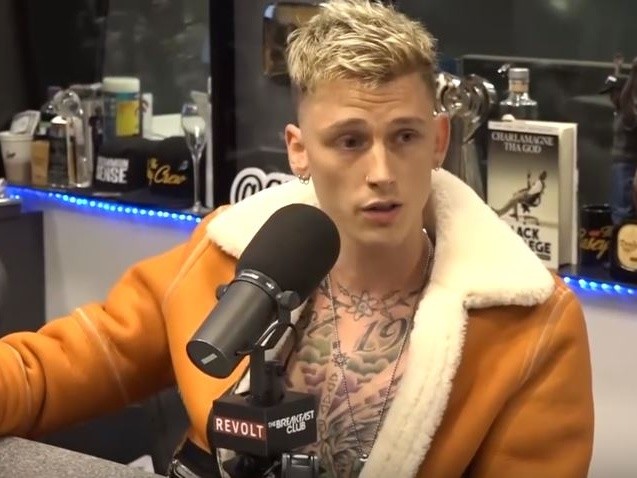 MGK also says G-Eazy can't rap and reveals that he's still the use of drugs, in spite of Mac Miller's death.

New York, NY – By now, the entire Hip Hop community is aware that Eminem and Machine Gun Kelly have been involved in a war of words for the past three weeks. On the morning of Thursday (20 September), MGK sat down with The Breakfast Club and put everything on the table.

The conversation begins with MGK call Eminem a "hermit" and he reveals that he never had the opportunity to speak with Shadow about the comment directed towards Em's daughter Hailie in 2012. In fact, he was invited to speak to the Ma throughout the life of the manager Paul Rosenberg in his place.

"I didn't know how old I was ... I made a comment," MGK says. "I don't feel like that was a lack of respect. But I am a father. I have a little girl of nine years of age, daughter. I'm going to get, 100 percent. And the man-to-man, I'm going to say that I apologize. I take the tweet down? Insurance.' But public apology? Come on, man.

"We are talking about the same guy who shits on the dead ... it was a silly comment to have started all of this. It is something silly trip. I get it if it was like, you know, horrible words were used or there were sexual implications."

#MachineGunKelly is in the building and drink tequila... Good morning!!! #BingeEP

MGK, claims Em was not truthful during his interview with Sway Calloway when he said that he never called Diddy have MGK project archiving.

"Jimmy Iovine and Puff conferenced called me at 9 in the morning with several other people," he says. "Em lied."

Charlamagne then the addresses of the various theories floating around that suggest that the whole of the beef is something staged by Interscope Records to help MGK to sell records.