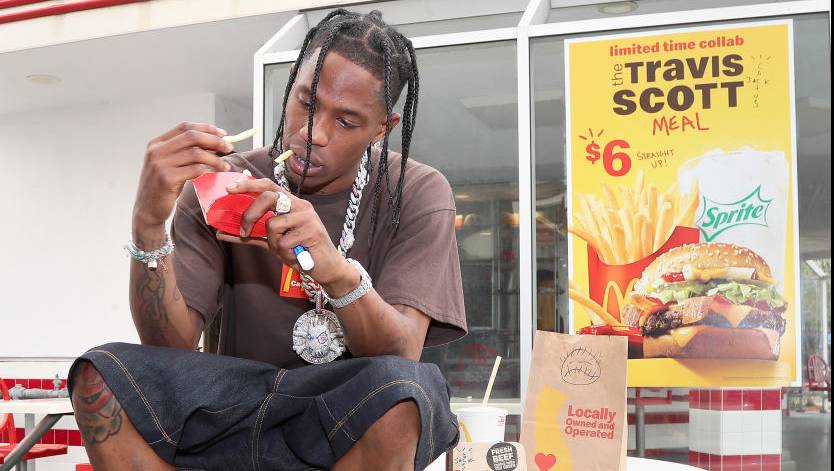 The fast-food giant is currently facing two lawsuits both filed this year.

There are some hefty allegations being thrown at McDonald’s. In a new report from Vice, the fast-food giant is being accused of using both the Travis Scott and J Balvin value meal collaborations to distract from two racial discrimination lawsuits the company is currently facing.

Scott’s highly sought after “signature” combo meal — a Quarter Pounder with bacon, fries with barbecue sauce and a Sprite — was announced in early September, the same month one of the lawsuits was filed (the first was filed in January)..centered-ad {

can I have a fry @JBALVIN? pic.twitter.com/oLDRpSfE9M

Historians Marcia Chatelain and Chin Jou, who have deeply explored McDonald’s “complicated relationship” with race in America, believe the timing is “convenient at best.”

Jou, a senior lecturer in American history at the University of Sydney and author of Supersizing Urban America: How Inner Cities Got Fast Food With Government Help, says Mickey D’s shouldn’t be receiving the influx of support from Black consumers.

“McDonald’s should be in the doghouse when it comes to African Americans right now,” she said. “This Travis Scott juggernaut has been so successful at obfuscating other McDonald’s-related news items.”

makes you wonder: does Cactus Ja