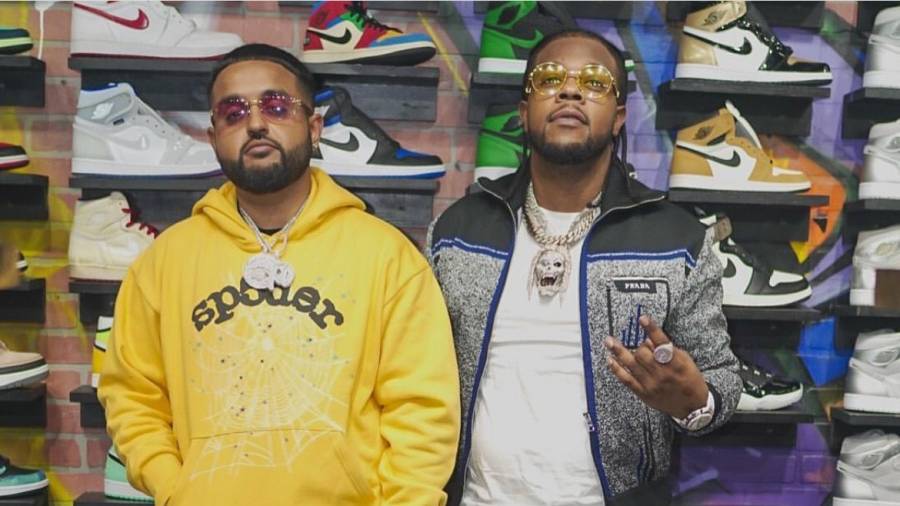 Rowdy Rebel hasn’t wasted a minute of his time with music since regaining his freedom from prison a month ago. He got right back into the studio hours after his release and linked with Fivio Foreign and Sheff G weeks after that. After giving fans a treat on Friday (January 22) with his new single “Re-Route,” the Brooklyn rapper is already working on a new collab.

On Sunday (January 24), Director Jayson Alexander posted several pictures on his Instagram page showing Rebel and Nav filming a brand new music video. The two are posing in full drip with several people in the photos, like UK rapper Fiddy and executive Windsor “Slow” Lubin inside a clothing shop..centered-ad {

In other pictures, Rebel and NAV are comparing their iced out watches with everyone while rapping in front of stacks of sneaker boxes. There’s no word on when this song will drop or how it sounds, but the track does mark the first collaboration between the two rappers.

With all the work he’s putting in, Rebel is looking to have a strong start to 2021. After unleashing the new single last week, Rebel took to his Instagram Story to inform fans if “Re-Route”