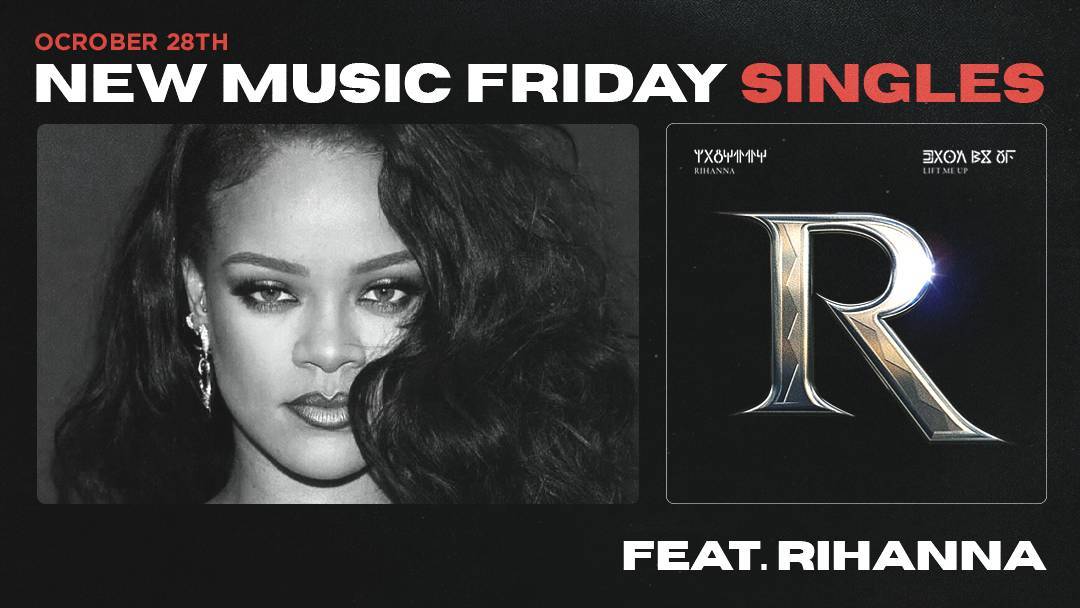 The Queen has returned.

Every week, artists must duel for their share of listeners. There’s only a certain amount of Hip Hop and R&B fans in the world, and while that number is growing by the day, the pie can only be split-up in so many ways. It’s a game of chess, where artists will have to strike quickly or delay their release to ensure that their music finds the most ears.

When someone like Taylor Swift drops, many others will fall back and wait until the coast is clear.

But then there are other artists such as Rihanna, who don’t bat an eye at the competition. This week’s edition of New Music Friday might have gotten shaken-up thanks to the Swifties, but any list with RiRi featured is sure to be good.

It’s difficult to believe, but Rihanna has not released a solo single since 2016 when she was gearing up for the release of her instant-classic album ANTI. There have been a select numbers of collaborative singles released in the years following (including “Lemon” with N.E.R.D. and 2020’s “BELIEVE IT” with PARTYNEXTDOOR, but aside from that, Rihanna has been out of the limelight (when she’s not being harassed by paparazzi over her baby with A$AP Rocky).

The Queen has now returned with “Lift Me Up” from the soundtrack to Black Panther: Wakanda Forever. It may not be the announcement of a new album, but you won’t catch us complaining about new Rihanna music.

SZA may not quite be at the same height as Rihanna, but each of her new releases feels like a proper event. As has been covered many times, the R&B/pop singer has been in a public feud with her label Top Dawg Entertainment. After last week, when TDE erroneously uploaded a new single to DSPs, the tensions seem to still be present, but SZA isn’t letting that bring her down.

“Shirt,” the latest single from the Ctrl dynamo, hints at the potential of a nearby forthcoming album which would