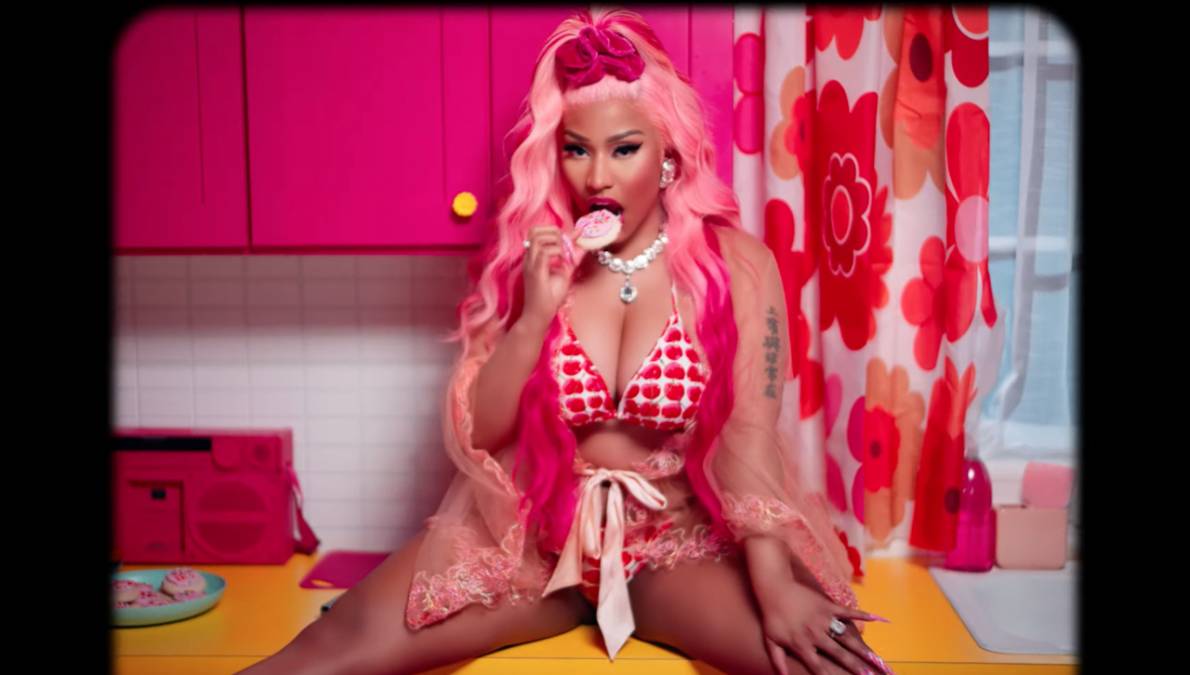 The Queens rapper's record-breaking single finally gets a visual.

Nicki Minaj has given her latest single “Super Freaky Girl” a colorful visual accompaniment, mere days after the single debuted at No. 1 on the Billboard Hot 100 — see it below.

The visual follows Nicki Minaj as she traverses around her lush, pink neighborhood alongside Canadian actor Alexander Ludwig, who plays her love interest and who fans might recognize from The Hunger Games and History Channel series Vikings.

The Young Money superstar teased the video on Wednesday (August 31) while eviscerating a New York Post reporter who had penned an article detailing Minaj’s beefs from over the years. The article went live moments before Minaj was set to be honored as the Michael Jackson Video Vanguard Award recipient at the 2022 MTV Video Music Awards.

“You should write about your feuds with the ugly stick,” Minaj appeared to write in a DM sent to journalist Chuck Arnold (via The Shade Room). “Clearly it’s been beating the fuck out of your ugly ass.”

She continued: “Who’s ready for the #SuperFreakyGirl video?!?!!??!?!? It could be today. It could be tomar… The HELP already asking their team to write up a press release to come out @ the same time chi *laughing emoji* nah they learned their lesson.”

Iggy Azalea also criticized the story, which claimed Azalea had insulted Minaj after her 2010 BET Awards performance and that Minaj had cryptically replied to her while accepting a BET Award four years later.

“Why am I on this?” Azalea asked on Twitter. “We’ve never said anything bad about one another. Y’all weird.”

Check out the video for “Super Freaky Girl” below:

“Super Freaky Girl” is the latest in