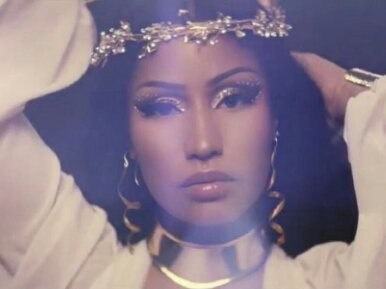 Another twist in the story.

Remy Ma spit some bars, presumably intended to Nicki Minaj when she took the Best Female Hip Hop Artist at Sunday's BET Awards, and judging by Nicki's response, Remy is just what she wanted ... a response.

Nicki performed Monday night (June 26) in the NBA awards, and very pointedly performed three songs back to back — all of which have some kind of diss to Remy.

She was accompanied on stage by 2 Chainz to "Realize" before she moved to "Not Fraud," his original Remy clapback. She finished with his combative verse of Katy Perry's song "Swish Swish," a track famous for its pretty inevitable digs at Taylor Swift.

Watch Nicki's performance in its entirety below:

It was a not-so-subtle rejoinder from Nicki, who lost in the BET of the Best Hip Hop Artist award for the first time since 2010, the same woman who spent the start of the year, shots were fired in his...

Resembles that of someone who believes that this chapter was closed is very wrong.