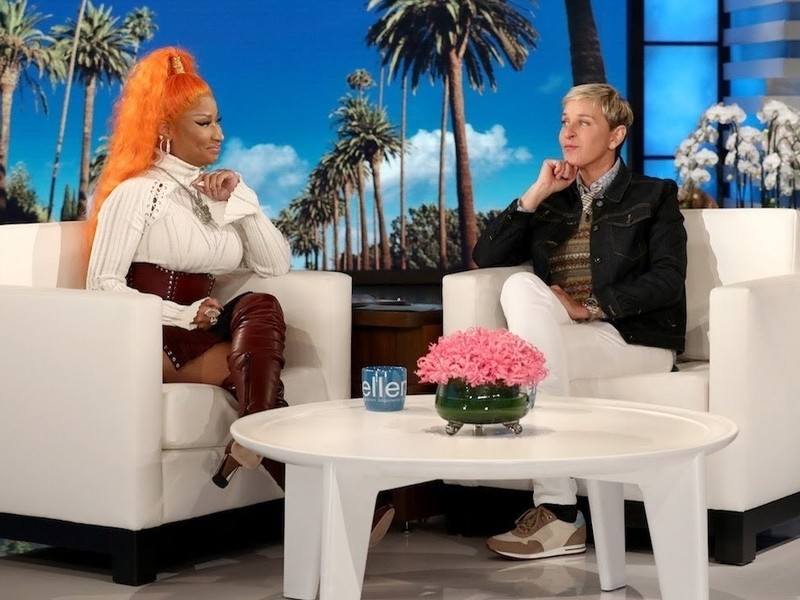 "It feels like someone is playing a game and beat him in a game as opposed to the sale of music."

Nicki Minaj continued to air his beef with Travis Scott during an appearance on The Ellen DeGeneres Show on Tuesday (September 4).

Black Barbie was questioned about his recent diatribe against Scott, which she believes gamed the system to keep Astroworld the no. 1 spot on the Billboard 200. DeGeneres mentioned Nicki was upset by the Queen, landing at no. 2 on the chart, but received some pushback.

"But why do people always say, upset or angry?" Nicki replied. "When someone says how they feel that they are not always upset or angry."

DeGeneres then asked how Nicki feel and got an overwhelming response.

"I felt like I wanted to punch him in his fucking face!", the Young Money MC said. "It is not anger, it's just what is right and what is wrong, what is right. I've had a No. 2 album, and I never cared. It is just that when you have a No. 2 album to someone that is selling t-shirts and merchandising and the sale of passes for a trip not yet announced. It feels as if you're being cheated."

She continued, "It feels like someone is playing a game and beat him in a game as opposed to the sale of music. I want to sell music ... and he sold a lot of t-shirts and sweaters and tour passes, and so it's not going to have that. So, I want to say that he didn't have the No. 1 album. The queen was the n ° 1 of the album. And by the way, I lost 12 hours of sales in my first week, because it was a secret album."

In another part of the interview, Nicki spoke about her current relationship status. She cleared her past with Nas, revealed that they are still friends, and briefly about his time with Meek Mill.