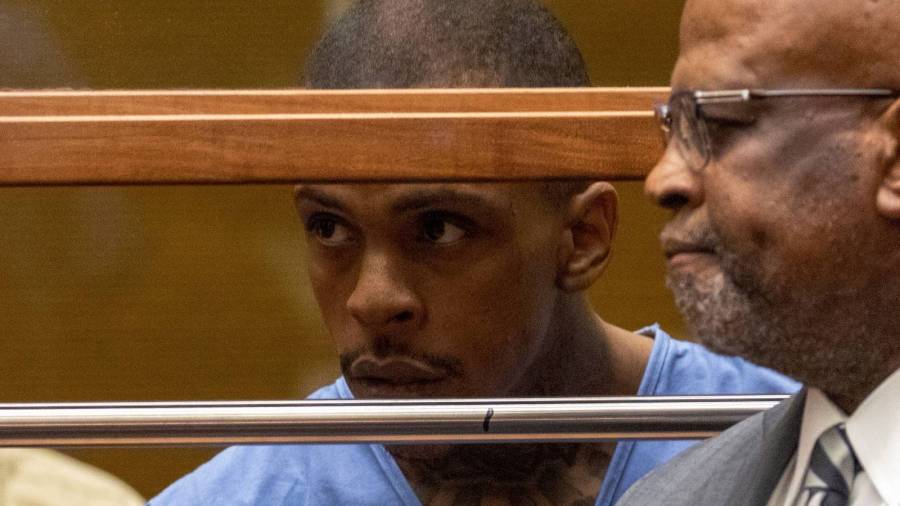 Eric Holder has yet to stand trial for the brutal 2019 slaying of the beloved rap figure.

Los Angeles, CA – Eric Holder, the man accused of killing Nipsey Hussle last year, has yet to stand trial for the brutal slaying of the beloved rap figure. And with yet another delay, it looks like it could be awhile before Holder sees the inside of a courtroom again.

According to New York Daily News, Holder — wearing a yellow jail shirt, blue pants and waist shackles — appeared in court on Tuesday (December 1) in Los Angeles where Judge Robert J. Perry announced it would be at least three months before his trial would begin..centered-ad {

“I really don’t how we can realistically expect to see this case go to trial anytime in the next 90 days or more,” Perry said. “Mr. Holder, I don’t know what to tell you except that the court system and this county are plagued by a sickness that we call the COVID virus, and the court system has been very much impacted.

“You have the right to a speedy trial. What counsel is suggesting is that we have you come back on the 21st of January and see where we are and try to have a trial within 30 days of the 21st, but you’ve heard my comments, I don’t think that’s going to happen.”

When Perry asked if that was “OK” with Holder, he replied, “Yes sir.”

Neighborhood Nip was gunned down with a barrage of bullets on March 31, 2019 outside of the Marathon Clothing Store on Slauson Avenue i