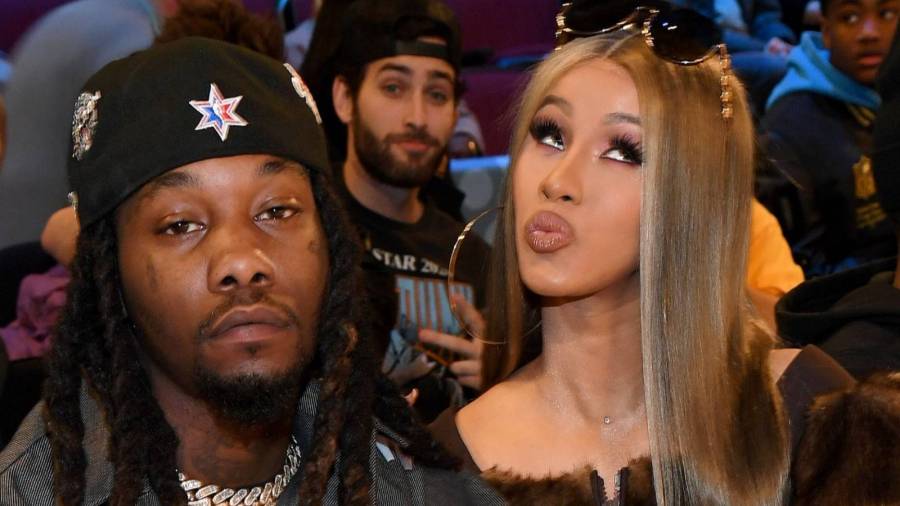 Cardi B and Megan The Stallion made Billboard Hot 100 history in August when they released the single “WAP” and its subsequent video. At the time, Billboard reported the song pulled in over 93 million streams in its inaugural week, crushing Ariana Grande’s previous record of 85.3 million for the song “7 Rings.”

But according to Cardi’s husband Offset, the Invasion Of Privacy artist isn’t telling the truth in the song when she raps, “I don’t cook, I don’t clean.” On Sunday (November 1), the Migos spitter shared an Instagram video of Cardi dressed in a bathrobe and pink house slippers, sweeping the floor with a broom..centered-ad {

“You need to stop lying on your songs,” he tells her. “She be lyin’. She cleans. Gots ta clean!” to which she says, “I’m gonna punch you in the head.”

He wrote in the caption, “LIAR.”

Cardi and Offset were on the road to divorce in September when the Grammy Award-winning rapper filed paperwork with the Fulton County Superior Court. But the estranged couple ultimately reconciled at Cardi’s wild birthday celebration in Las Vegas in early October. During the festivities, Offset presented Cardi with a $330,000 Rolls-Royce and they shared an on-camera ki