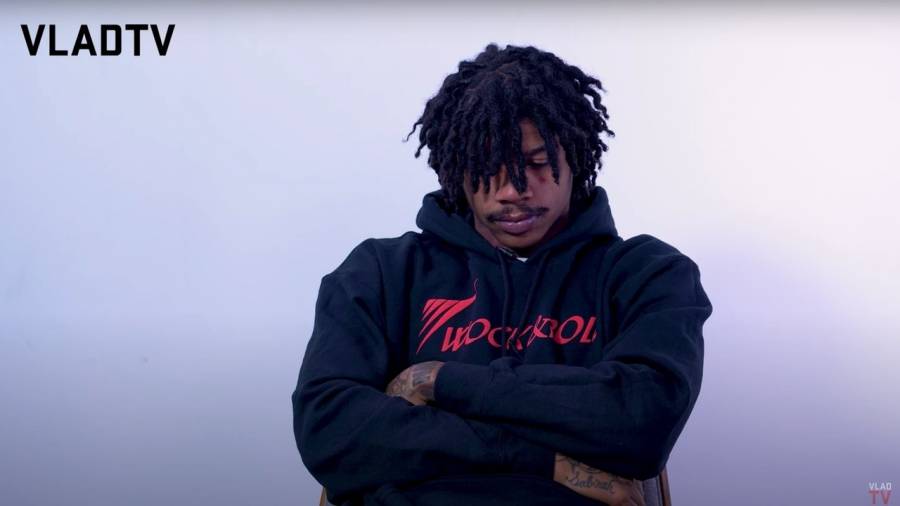 Even though Poundside Pop declined a $10,000 offer for a record deal with Meek Mill's Dreamchasers imprint, he maintains there is, "No love lost," for the DC crew.

In a new VLADTV interview, the up-and-coming rapper discussed linking up with the Dreamchasers boss after his 2017 street anthem “O.S.S.” [On Some Shit], blew up..centered-ad {

“Meek, I ain’t know Meek until I had that big record,” he recounts with a smirk on video.

“Everybody knew me when I had that ‘On Some Shit,’ record.”

The “Off Top,” rapper proceeds on to describe several encounters with Meek, including a stop during the Legendary Nights Tour when he was called on stage, and again at NBA player Dion Waiters’ birthday party. Eventually, the pair officially met while Poundside Pop was staying in Los Angeles, at which time he alleges Meek tried to sign him.

“You know you gotta come correct when you trying to sign somebody, so that didn’t workout right,” he begins.