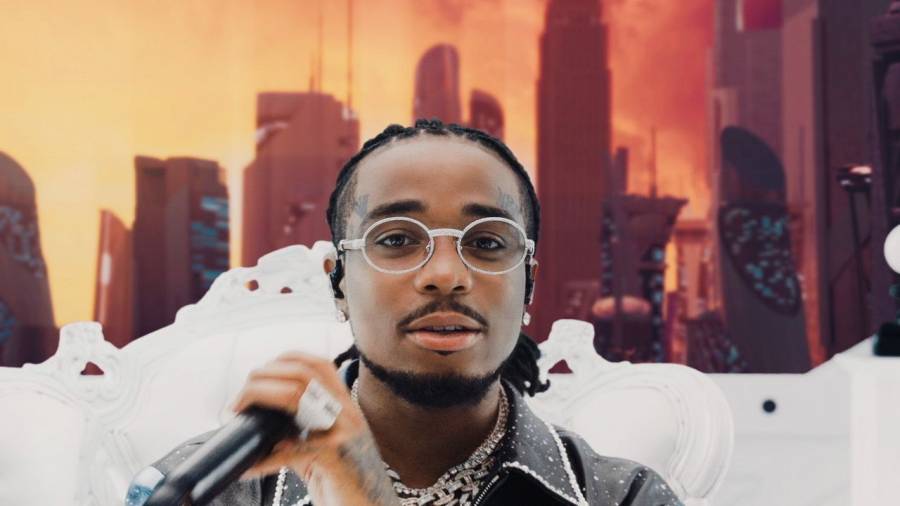 The app has become popular for Hip Hop discourse as well as celebrations for JAY-Z, the late MF DOOM, 'The Wire' and more.

Quavo may have been ahead of the game when it came to shooting your shot on Instagram but as far as Clubhouse, he’s not accepting any invites anytime soon.

The popular voice app has become the talk of social media and Hip Hop in recent months with various rooms and conversations, from one dedicated to celebrating JAY-Z’s career in and another honoring the late MF DOOM to 21 Savage’s weekly R&B sessions on Wednesday nights and Lupe Fiasco giving fans bars just for the hell of it.

The app, which is currently in beta testing for iPhone users, has also been used for plenty of recent controversial moments including a screaming match between Akademiks and Meek Mill.

During a “welcome room” for the media personality, Ak and Meek got into a heated back and forth as other speakers questioned Ak’s validity in Hip Hop. Both men allowed cooler heads to prevail and gave their flowers to 21 for playing moderator and ensu