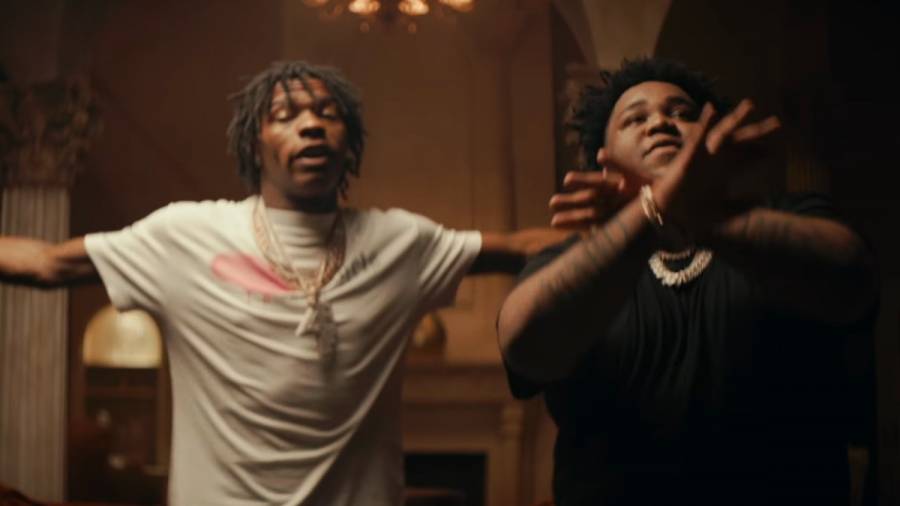 The southern artists count their money in a huge mansion with their day ones in the All The Smoke-directed visual.

Rod Wave and Lil Baby look back at how far they’ve come as they flaunt their wealth in the video for “Rags2Riches 2.”

The All The Smoke-directed visual to the cut from Rod’s Pray 4 Love deluxe was released Friday (September 25). In the clip, the pair count their money inside a plush mansion with the team they came up with. .centered-ad {

Pray 4 Love‘s deluxe version arrived in August, following the original version in April. While the latter sold 72,000 equivalent album units in its opening week, the deluxe topped it with 75,000 and earned Rod his second and third top 10 placements on the Billboard 200, respectively.

Previously, Rod’s Kevin Gates-executive produced debut Ghetto Gospel made for his first top 10 placement, making its way to No. 10 in its second week following its November 2019 debut.

PnB Rock Is Now On A Mission To 'Son' Rod Wave

The new video arrives following Lil Baby’s promise of “one hell of a week” days earlier, though it’s not quite what fans were expecting after he’d previewed unreleased music.