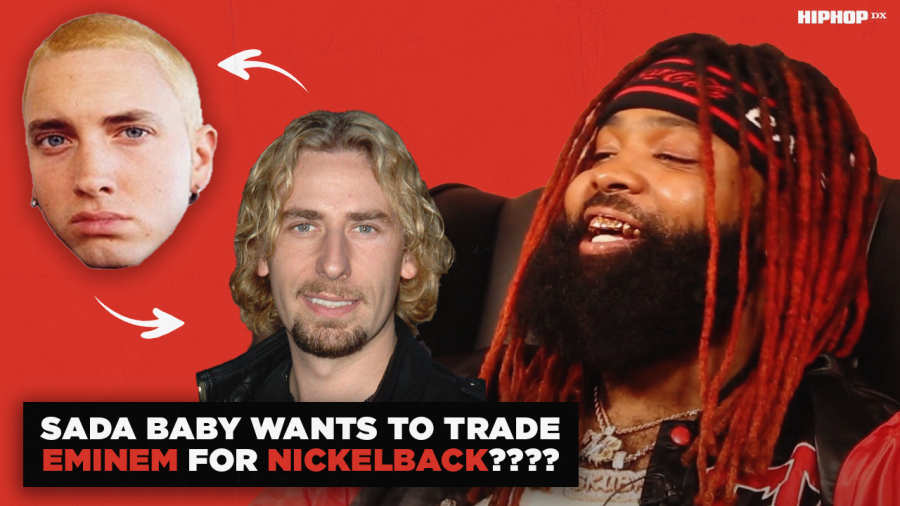 In the midst of praising Canadian rockband Nickleback, Sada Baby said he wants to make music with the Gorillaz and explained why he dislikes Eminem while also firing off his favorite tracks — which include "Superwoman" and "Sorry Momma."

However, seemingly the wildest tidbit from the interview has to be the rapper’s infatuation with Canadian rock band Nickleback. Skuba actually calls the group “GOATS” and in a lengthy exchange defends his right to being a Nickleback-stan by explaining how he and his father built their relationship listening to the band..centered-ad {

“So, yeah, man. Me and my daddy’s relationship, it’s fucked up. Because it’s based on our jokes. Just everything is a joke. So he used to listen to so much shit, I used to always think he was playing. But he used to listen to fucking rock and roll. A lot of it, though. Just all this, like Hootie & the Blowfish, fucking Nickelback, I can’t think of the… Papa Roach. Just all kinds of shit. But he just listened to all different kinds of shit. And Nickelback, that was one of our go-to’s when we used to be ratting and shit. So yeah, man, “How You Remind Me”, that’s top five of my songs, ever. ”

The rapper was actually surprise