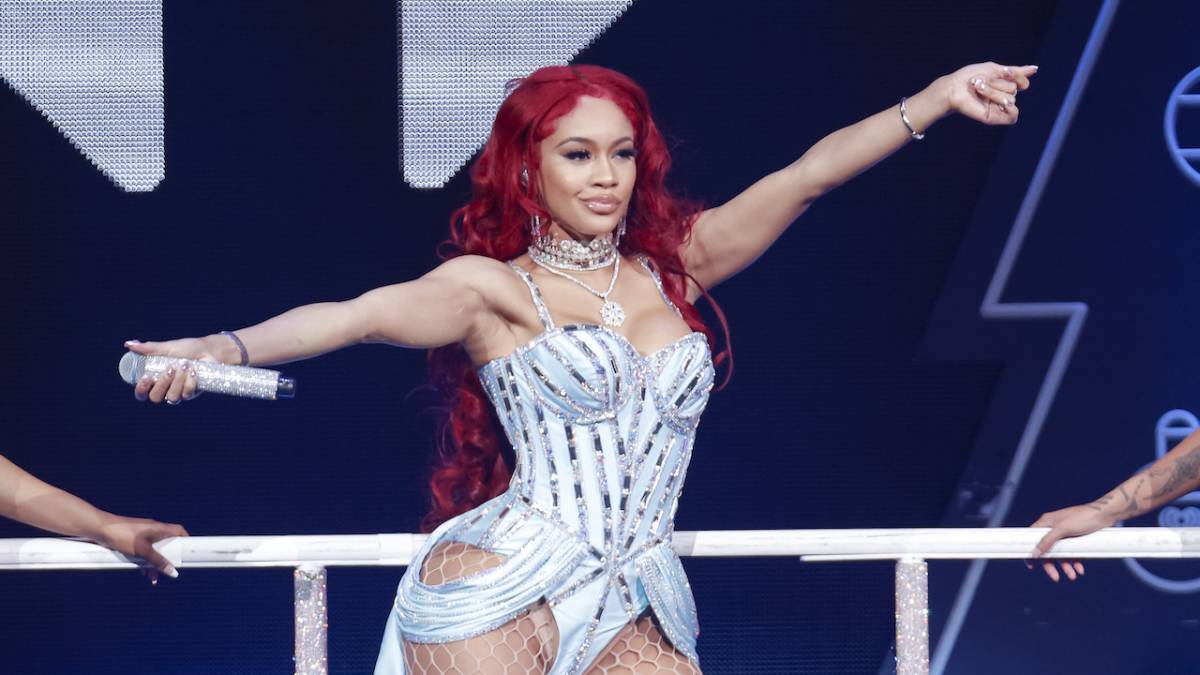 The new single is the latest track to emerge off the rapper's forthcoming album 'Pretty Bitch Music'.

Saweetie and H.E.R. are bringing that breezy summer feeling to the pair’s new song “Closer.”

The Cali rapper’s latest single, which dropped on Friday (February 11), is a pop-infused track that focuses on having fun and letting loose.

“I wanna fall in love for the weekend/Three boyfriends I don’t know where I’m sleeping/We be thuggin’, clubbin’, f*ckin’/Order room service when we done, that’s the sequence,” Saweetie raps.

Jack Harlow Defends Kanye West: 'He Sees Himself As Mozart Or Beethoven'

“Closer” comes after Saweetie closed out 2021 with two Grammy nominations, capping off a stellar year that saw her cover magazines, snag a lucrative McDonald’s deal, and expand into multiple business ventures outside of music including her Icy University educational program.

Last December, she opened up with PEOPLE magazine about the mental health struggles that came from working so hard and so often.

“It’s like I live, sleep, eat and breathe music and business,” Saweetie said. “My team is really small, so I have to take on responsibilities that eventually somebody else will, but because my team is small, I have to help them out.

Check out “Closer” below.