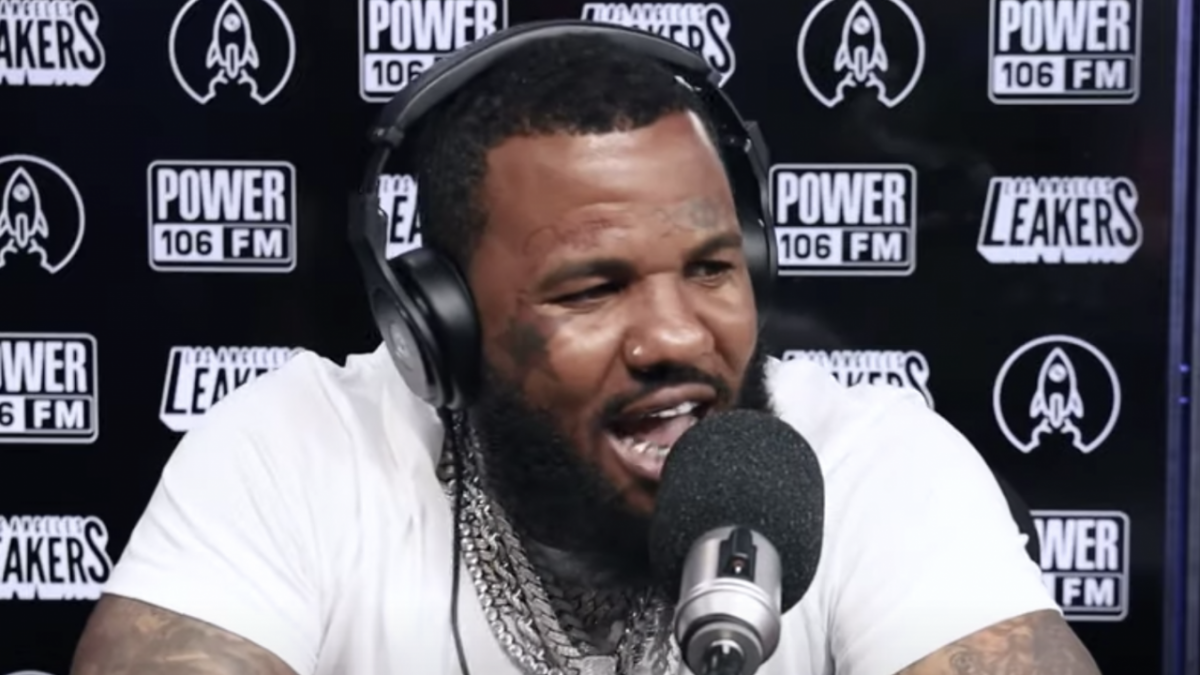 The Compton native listed some heavyweights in his top 5 list.

The Game knows a thing or two about Los Angeles rap, so when it was time for him to pick his top five albums from the city recently, his selections were no surprise.

The Compton native unleashed his list during his conversation with Just Blaze and Katty Customs on the latest episode of Uproxx’s Fresh Pair, where hitmakers revisit some of their biggest career stories while also making custom-made sneakers.

“The Chronic at number one, just because in order of appearance is important to me,” The Game said to start his list. “Everyone is motivated by things that happened before them, I have to go with Doggstyle. I feel like, The Chronic was lowkey Snoop’s first album, too.”

He continued: “After that, it would have to be The Documentary. Just because of what that album did. I did that in a time in L.A. when I was the only…the biggest rapper in L.A. And I held it down for almost 10 years alone. Whole coast, the beast that came with it, the wars with whoever I went to war with.

“At No. 4, for me, it would have to be good kid, m.A.A.d city. ‘Cause I watched Kendrick and his essence, going from literally a good kid in a mad city, how he fought through being non-affiliated and staying the course and then putting out that album. The one that should have won a Grammy.”

The Game then closed his list by mentioning Ice Cube’s 1991 album: “At five, I feel inclined to say Death Certificate, just because of what that was to me.”

The Drillmatic rapper actually went to bat for his debut album The Documentary, when Rolling Stone didn’t include it in their “200 Greatest Hip-Hop Albums of All Time” list. The Game was not happy about the exclusion and let it be known on Twitter in June.

“@RollingStone How is ‘The Documentary’ not on the list for 200 Greatest Rap Albums Of All Time?” Game wrote on Twitter. “I carried an entire coast for 20 years on the back of my 1st album. Cause I don’t walk red carp