The Top 10 Hip Hop Singles And Videos Of The Week: Chris Brown, Big Sean And The Breakdown 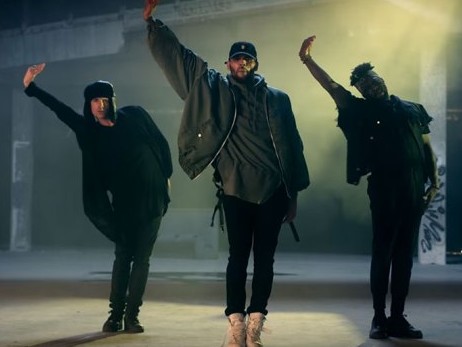 While Chris Brown danced like Michael Jackson, Big Sean, takes a leaked the Possibility of the Rapper in court.

This week, Chris Brown Gucci Mane and Usher-assisted single "Party" came with a super dope visual that was Chris' Michael Jackson-inspired dance moves. Meanwhile, Big Sean linked up with Chicago's Chance the Rapper and Jeremih for "Living Single" and Justin Hunte wonders if the regions continue to be important in Hip Hop, in the last week of the Breakdown.

Chris Brown dropped a fire song recently called "Party" with Gucci Mane and Usher, and for the visual he channels the King of Pop, Michael Jackson for his dance moves.

Look out for Chris ' upcoming album, the Angst In A night of Full Moon, which is being written and produced by the A1, and Lyrica Anderson.

"Living Alone" was originally going to be a Coloring Book of the song, but was leaked on the internet in any way. Instead of letting a great song go to waste, Big Sean released a track with Jeremih in the trailer as a thank you to his fans for getting "Bounce" on the Billboard charts.

What Regions Are Still Important In Hip-Hop?

In this particular episode Hunte is focused on the Carolinas, home of J. Cole, 9th Wonder and other musicians.

See the Top 10 of the week ending the 23 of December below:

3. What Regions Are Still Important In Hip-Hop? (video)

4. J. Cole's "Neighbors" I Believe that It is the Sale of the Drug (singles)

5. Erykah Badu Shares the Video Of Her Mini-Me Puma Singin