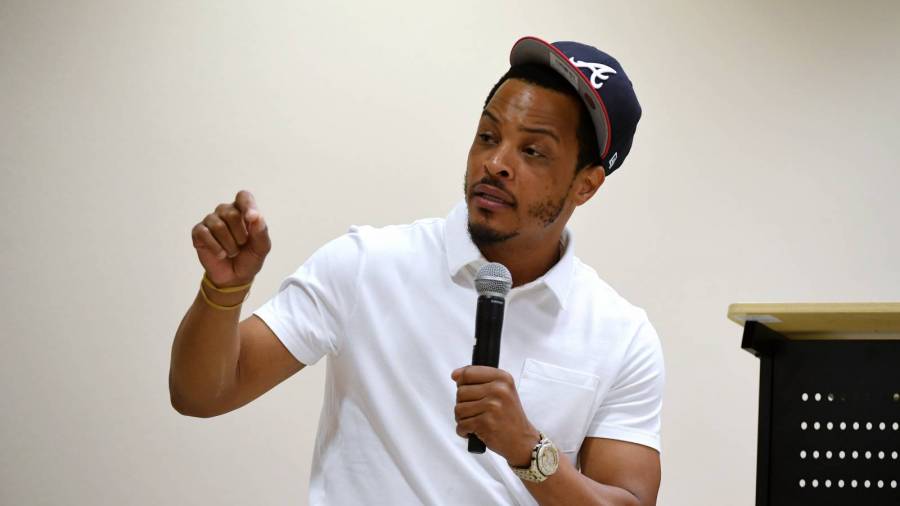 Tip recently made comments about Atlanta violence but claimed it had nothing do with King Von's death.

Despite their differences, Jeezy and Gucci Mane linked up at Atlanta’s Magic City strip club on Thursday (November 19) for one of the most anticipated Verzuz battles yet. Fans, friends and foes alike tuned in to see the two Atlanta heavyweights go head to head, including a couple of rappers who haven’t seen eye to eye recently — T.I. and 600Breezy.

While the battle was taking place, Tip mentioned 600Breezy’s name in the comments and stated he’ll be addressing something in the future, following a number of suspected subliminal comments since King Von’s death..centered-ad {

“@600breezy heard you was sayin somn bout somn that will certainly be addressed later on,” he said. “Let’s just enjoy this moment tho.”

The Chicago-bred rapper responded with an unamused face emoji, followed by, “On bd you think shit a game I see rashad….” 600Breezy then posted a screenshot of the exchange on Instagram, writing in the caption, “Nigga you fucked the moment up. Talm bout some damn certainly….. rashad be cool this ain’t yo daddy house.”

During the Verzuz battle, Jeezy brought up the fact his and Gucci’s actions set a bad example for the young people of today, mentioning King Von among a number of other rappers who have been killed in r